Presumably, the Royal Concertgebouw
Orchestra, foremost in the land and one of the best in the world, could not
muster the budget for a complete Walküre — a worrisome
fact, if this was indeed the case. Second, it would have cost nothing extra to
include the names of the Valkyries next to the singers’ names in the
programme, instead of just their voice type. On a more positive note,
congratulations are in order to mezzo-soprano Alexandra Petersamer, who sang
Rossweisse after having stepped in for an indisposed Petra Lang as Kundry in
Act I of Parsifal at the Dutch National Opera. The original
replacement, Elena Pankratova, whose flight had been delayed, sang the rest of
the role. 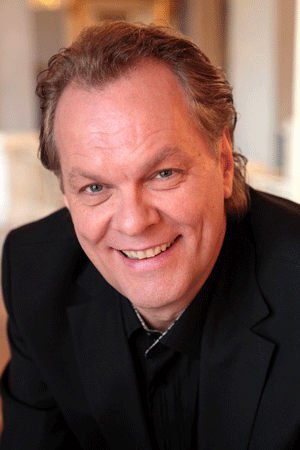 Petersamer and her lower-voiced sisters were fine assets in this flight of
Valkyries. Among the sopranos, Allison Oakes as Gerhilde stood out with her
large, prepossessing sound. Jumping immediately into Act III of Die
Walküre means that we find ourselves in the midst of winged goddesses
whooping in the air as they carry fallen warriors to Valhalla. Meanwhile, their
sister Brünnhilde is carrying their human half-sister Sieglinde to safety,
fleeing their father Wotan’s anger. Sieglinde is pregnant by Siegmund,
her twin brother. Brünnhilde, ignoring Wotan’s orders, tried to save
Siegmund’s life, but Wotan had him killed, punishing him for adultery and
incest. Wotan must now also chastise Brünnhilde, his favourite, who
carried out his true wish as a father, but must succumb to his will as chief
god.

Conductor Valery Gergiev muted the first bars of the Ride of the Valkyries
to create the illusion of distance, then suddenly they were upon us with a huge
sound surge. Gergiev delivered in big moments such as this one, but did not
maintain consistent tension throughout the performance. The exchange between
the Valkyrie huntresses was flagging before Christine Goerke as Brünnhilde
entered to charge it up. It is not uncommon in Wagner for the orchestra to
steal the show, but this evening belonged to the soloists. There was nothing
really amiss with Gergiev’s conducting, but neither was there much cause
for elation. He seemed to be content to let the RCO produce beautiful sounds,
which, of course, they did. The low woodwind solos keened gorgeously at
Brünnhilde and Wotan’s farewell, and the Magic Fire Music glistened
splendidly. Gergiev’s articulation, however, lacked psychological
incisiveness. Wotan’s anger was stated rather than expressed, and the
orchestra never reflected Brünnhilde’s terror of becoming mortal,
locked in a deep sleep encircled by fire. 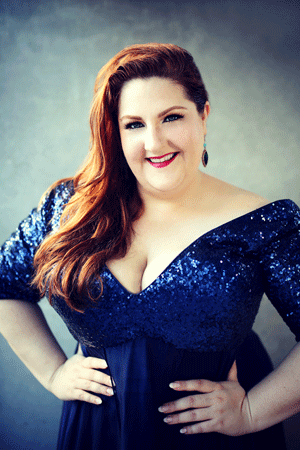 Happily, the three main soloists brought enough theatrical passion to make
the performance take off. Soprano Tamara Wilson created a vulnerable, bruised
Sieglinde, her opening phrases darkened with deepest grief. Lithe and shining,
her voice then soared ecstatically in “O hehrstes Wunder!”.
Wilson’s impressive brief appearance was a tantalizing glimpse into what
she could do with the complete role. Her laser-like sound contrasted
thrillingly with Goerke’s broad, complex soprano. Young and energetic,
her Brünnhilde turned incredulously wide-eyed when pleading with Wotan in
“War es so schmählich”. One really believed she was his
somewhat spoiled favourite. Goerke’s unique instrument is dark and rich
at the bottom and vastly opulent in the middle, tapering off into a focused top
with a quick vibrato. It is a voice of many metals and minerals, and she
wielded it expertly. The Amsterdam audience was lucky to get a slice of her
Brünnhilde, as well as a taste of Michael Volle’s deluxe Wotan. With
a baritone on the lighter side of the Wotan spectrum, Volle sang
Brünnhilde to sleep in an impossibly tender, almost erotic, “Der
Augen leuchtendes Paar”. At the other extreme, his seething rage while
chasing his renegade daughter was tremendous. Volle’s clear German
diction is pure bliss. Add to that a lustrous legato, natural theatrical
instincts and a first-class instrument, and it is easy to see why he is one of
the best operatic interpreters of our time.

Innovation in the concert hall is most welcome, but illustrator Tjarko van
der Pol’s repetitious animation added little at best. At worst, it was a
maddening distraction. Animated on a loop, drawings of the characters appeared
each time they sang — a superfluous labelling exercise. The Valkyries
were shields with facial features, gyrating rotors and limbs swinging back and
forth. Sieglinde was a Venus of Willendorf with a clock face, and Wotan had a
giant eye for a head, stuck on a tree trunk neck. These designs would look
great on T-shirts and other Ring Cycle merchandise, but their spare,
quasi-naïf style was totally incongruous with Wagner’s elaborate
sonic world.