The last time I saw her perform she was magnificent as a spurned Elvira,
all fury and frenzy, in Richard Jones’


at ENO. On this occasion, at Middle Temple Hall, she conjured the
despondency and desperation of a deserted Cretan princess, rustic lasses
from Galicia and Italy, and an elegant Parisian whose love affair is
callously ended by a fraught, fragmented telephone call.

This was a technically and emotionally taxing programme, which called for
extremes of euphoria and despair, and considerable stamina. Two solo dramas
framed five songs by Ravel that, despite their relative brevity, did not
allow Rice to take her foot off the emotive pedal. Drake was, as ever, a
composed, unobtrusive but unwaveringly intent partner.

Haydn’s dramatic solo cantata, Arianna a Naxos, went down well
with London audiences when it was performed in February 1791 by the
castrato Gasparo Pacchierotti, with Haydn accompanying on the harpsichord.
In the dignified, ornate introduction to the first recitative – which
depicts Ariadne’s dawn awakening – Drake captured something of the
crispness and melodic clarity of this instrument, though his close
observance of Haydn’s dynamic and expressive markings, most particularly in
the gentle in-between phrase commentaries, suggested the expressive
character of the fortepiano, with its soft, light tone and vibrant sforzandos.

Rice made much of the variety of Haydn’s dramatic modulations, moving from
sleepy appeals to the absent Theseus – her hand caressing her cheek in
dreamy remembrance – to heightened frustration. Initially her vibrato was
quite wide, giving Arianna’s impassioned cries a plum-rich tone but
adversely affecting the centring of the pitch. However, in the succeeding
aria, ‘Dove sei, mio bel tesoro?’ (Where are you, my beloved?), the
sensuousness of her mezzo came into its own as, with earnest solemnity, she
begged the Gods to allow her beloved to return to her. Rice shaped the
fragmented vocal line well, as Arianna’s growing anxiety was underpinned by
harmonic twists to and from the minor mode, culminating in punchy piano
punctuations heralding the second recitative section, ‘Ma, a chi parlo?’
(But to whom am I speaking?). A whispered pianissimo diminished
fragilely, as the Echo mocked her pleas; then, warmth conveyed hope – ‘Poco
da me lontano esser egli dovria’ (He cannot be far from me). The span of
the vocal part is not wide and the piano accompaniment offers detailed
depiction – of Arianna’s ascent to the cliff-top, of the wind and waves
that carry away her agitated words – but Drake never overpowered the vocal
line as the tempi chopped and changed, and silence alternated with dramatic
rhetoric.

Having witnessed her lover’s departure, and overcome with despair, Rice’s
frail reflections, ‘A chi mi volgo?’ (To whom can I turn?), were ironically
decorated by the piano, the slightest delay of the off-beat semi-quavers
brilliantly conveying the pulsations of Arianna’s trembling heart. Then,
having recovered her nobility and strength for the concluding aria, ‘Ah,
che morir vorrei’ (Ah, how I long to die), Rice exploded in anger and grief
– a woman scorned, vitalised by passion and anguish.

Rice’s ability to encompass and move between a variety of dramatic moods
was put to good effect in Ravel’s Chants populaires, as was the
mezzo’s linguistic dexterity. Singing with directness and strong character,
she shifted easily from the bright bucolic simplicity of the ‘Chanson
franÁaise’, which somehow managed to seem both naÔve and knowing, to the
intensity of the ‘Chanson italienne’, whose extravagant outbursts and
plummeting lament – ‘Chiamo l’amore mio, nun m’arrisponde!’ (I call my
love, no one answers!) – consolidated the evening’s theme. I loved the
‘Cancion espaÒola’, which combined sultry heat with a ‘La la’ refrain of
dreamy coolness. Rice relished the rich Yiddishisms of the ‘Chanson
hÈbraÔque’, modifying her mezzo for the young Mejerke’s reply to his father
in the final line of each stanza, and the performers’ following this
stirring exchange with Ravel’s Kaddisch – a worshipful prayer of exaltation
to conclude the first half of the recital. 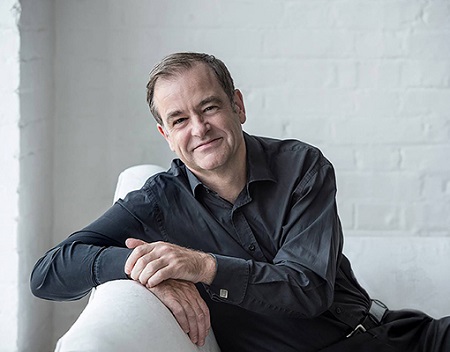 After such riches, I keenly anticipated Poulenc’s 1958 opera La Voix humaine. But, while the performance was consummately
accomplished, with singer and pianist in unwavering accord, I wondered
whether the decision not to re-print the libretto in the programme was a
wise one. Cocteau’s 1927 play on which the opera is based depicts a
tumultuous telephone conversation between an unstable young woman, Elle,
and her former lover. Richard Stokes’ synopsis deftly and eloquently
outlined the traumatic twists and turns of their altercation, but one
needed a facility in the French language in advance of my own if one was to
follow the precise emotional trajectory of the interchange. Such clarity of
context is surely crucial given that the conversation ranges from outright
lies to recollections of love letters, from revelations and confessions to
garbled nonsense, and is constantly interrupted by the intrusions of the
operator and other callers, wrong-numbers and disconnections.

Stokes explains the omission of the libretto text in a programme note,
suggesting that, ‘To fully experience the emotional force of this great
work, it’s crucial for the audience not only to hear but also see the
heroine’s commotion’. I certainly agree that Rice, using an infinite array
of gesture, posture and facial expression to suggest impending nervous
collapse and suicidal despair, was an utterly gripping stage presence,
whose wretchedness and decline was painfully absorbing.

But, without some clearly defined ‘signposts’, it was hard to wholly grasp
the dramatic and emotional structure of the whole. Poulenc’s opera starts
at fever pitch and escalates from there. And, while Rice’s registral range
was as impressive as her ability to project with ease and gleaming clarity
the highest vocal motif, there was, particularly towards the close, less
variety of colour than I’d have expected. Moreover, if we do not know
exactly what Elle is saying, how can we conceive of the unheard respondents
whose absent words so powerfully invite imaginative reconstruction and thus
draw us into the drama?

Rice sang from the score and there was no ‘staging’. Nor was any needed.
But, I questioned, too, the absence of the telephone that is almost a
second character in the work. This is not a monologue: all of Elle’s words
are, in effect, addressed to the telephone. It is a conduit to other
characters whose voices we never hear. It is her physical companion: she
caresses it and entwines it around her. In the end, she goes to bed with
the receiver and seems to strangle herself with its cord. In this way,
Cocteau shows how the notorious French telephone system of the period when
the opera was written impedes communication and relationships, exacerbates
Elle’s hopelessness, and increases the poignancy of her loneliness.
Interesting, Cocteau – who gave Poulenc strict instructions about the
design and staging of the opera – insisted that he should not create a true
bedroom, but a bedroom ‘asleep with remembering’: a room which contained
just a woman and the phone she holds ‘like a revolver’.

But, such digressions and reflections should not detract from the quality
of the performance itself, which was a powerful psychological portrait of
anguish and anger, hope and loss of heart, culminating in drained
resignation. Rice showed once again what an astonishing singing actress she
is: her flexible mezzo coped effortlessly with the shifting vocal contours
and the rapid vacillations of short snatches. When the music blossomed into
lyricism, the beauty of the vocal sound was touched with a rawness, which
spoke powerfully in the unaccompanied utterances.

Once again, Drake’s attentiveness, precision and ability to convey precise
moods through colour, weight and sustain, was astonishing. Never once did
he seem to be ‘accompanying’; rather, his disjointed gestures echoed Elle’s
psychological disintegration, while the piano’s more lyrical expansions
seemed to offer nostalgic glimpses of the past.

One may at times have missed the sumptuousness of Poulenc’s
orchestration (the composer notes at the beginning of the score, ‘The
entire work should be bathed in the greatest orchestral sensuality’), but
there was no lack of feeling at the close, as Rice descended from
hysterical heights to crushed futility: ‘Je t’aime, je t’aime … t’aime.’