As I wrote in my

of the production, ‘her terrible bereavement, at first quietly accepted,
resurges with terrifying force when … she recognises the tiny red cap that
she knitted for him. Never has such a small motif borne an emotional weight
of greater poignancy.’

During our conversation, it’s clear that Romaniw genuinely ‘lives’ Jen?fa’s
tragic disillusionment, when hopes of healing – through marriage with Laca
– are destroyed in an instant by the irrevocable secrets of past sins and
suffering. Indeed, who in the audience could doubt Romaniw’s utter
commitment, so burdened by emotional truth is her searing soprano. But,
it’s equally evident that the Welsh singer has a level-headed and pragmatic
approach to her art, which brings an honesty to her interpretations and a
striking lack of pretentiousness to her engagement with her profession.

Romaniw seems, with genuine delight, hardly to believe that she is singing
in the UK’s top opera houses at all, let alone that she is receiving
stellar reviews for her dramatically acute and vocally heart-grabbing
performances. Last year her interpretations of two Tchaikovsky roles –
Tatyana in Garsington’s Eugene Onegin and Lisa in The Queen of Spades at Investec Opera Holland Park, thrust her
into the foreground with the Sunday Times extolling her as ‘a
Tatyana in a thousand’ and the Daily Telegraph lauding her as ‘one
of the outstanding sopranos of her generation’. More recently, Romaniw has
been nominated for this year’s’ Times breakthrough category in the South
Bank Sky Awards, with the winner due to be announced at the Savoy in London
in Sunday 9th July.

But, as a young girl from Swansea, the daughter of police officers who
enjoyed music theatre, the world of international opera must have seemed
light year’s away. But, the Ukrainian grandfather to whom she owes her
surname, who taught himself to play the accordion and played his
granddaughter Ukrainian songs, must have sown fertile musical seeds.
Singing lessons developed her nascent talent and after performances with
Welsh National Youth Opera, she found herself at the Guildhall School of
Music and Drama.

Romaniw recounts with characteristic ingenuousness a singing class early on
in her student career, where her enthusiasm and willingness to learn led
her to volunteer to sing in front of other students who seemed amazed by
her choice of ‘Vissi d’arte’. ‘It was what I knew,’ she laughs. And, little
did her fellow students know, at that stage, that Romaniw would go on to
win the prestigious Gold Medal in her final year. It is surely this
candour, keenness and frank self-reflection that contribute to her utterly
engaging stage presence.

Other accolades followed, including the Clonter’s Opera Prize in 2010 – an
inter-conservatoire prize awarded to singers nominated by the heads of
opera at six of the UK’s leading music colleges – and both the Loveday Song
Prize and overall First Prize at the

It hasn’t all been absolutely plain-sailing, though. Having won the London
Welsh Singer’s Competition in 2008, the following year Romaniv found
herself selected as the Welsh representative in the BBC Cardiff Singer of
the World competition, and though she obviously relished the experience and
was a Song Prize finalist, she feels that the opportunity came a little too
early in her career. 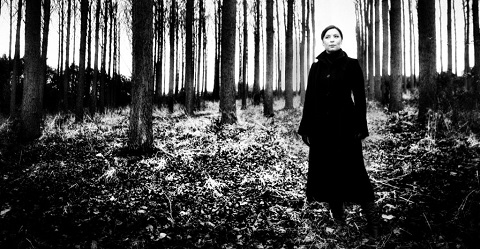 But, she has a wise head on young shoulders. Following her Ferrier Award
success, Romaniw joined the Houston Grand Opera’s Young Artist programme,
deciding that this was the best route to develop her voice and experience a
wide range of repertoire, in the process turning down places on the Jette
Parker Young Artist scheme at the ROH and the study programme at New York’s
Metropolitan Opera, for which she was also accepted. It was a good choice.
In 2012, she was the second prize winner of the Eleanor McCollum
competition at Houston, and during the two-year programme sang Ortlinde (Die Walk¸re), Mimi, Ines (Il Trovatore), Rosalinde ( Die Fledermaus), Micaela, and Krystina (The Passenger).
Returning to the UK she won roles at Holland Park (as Maliela in
Wolf-Ferrari’s I gioielli della Madonna, Romaniw was praised by
the Guardian for her ‘forthright vocalism and astutely managed,
siren-like tempting’) and at Scottish Opera (Foreign Princess Rusalka). She
also sang the Governess in Glyndebourne’s 2014 touring production of The Turn of the Screw, having previously covered several roles in
the main house including Anne Truelove (The Rake’s Progress),
Armida (Rinaldo) and the Countess (Figaro).

Despite such accomplishments, Romaniw remains refreshingly self-effacing
and down-to-earth, as when recalling a performance of Beethoven’s 9 th Symphony with the HallÈ under Sir Mark Elder, before which
she was a bundle of nerves in what she saw as the company of more
experienced colleagues.

Of late, Romaniw’s successes have come in ‘Slavic’ roles and I ask her if
she feels that she has a special affinity to the language and music of
Eastern Europe. She replies that she finds the idiom comes naturally to
her, that she is able to learn the roles quickly, and that she doesn’t find
the language challenges too taxing; indeed, she enjoys working through the
relationships that develop through the libretto text with her fellow
performers during rehearsals.

There is more Jan·?ek and Tchaikovsky to come: later this month she will
perform the former’s Glagolitic Mass in Worcester Cathedral, at
the Three Choirs Festival, and then she reprises her Tatyana with Welsh
National Opera this autumn and with Scottish Opera next spring. She is
aware that some may wonder why she wishes to repeat these roles, but
Romaniw feels that her interpretation can grow further, especially in
different productions and working with different directors.

I ask the usual ‘end-of-interview’ question: what next? For the first time
during our conversation, Romaniw – who has been absolutely smashing
company, delightfully garrulous and funny – becomes is a little reticent.
She will just divulge that, to her delight, three of Puccini’s heroines are
on the near horizon.

When, in April this year, Romaniw stepped into the indisposed Karah Son’s
shoes as Cio-Cio-San in Welsh National Opera’s revival of Joachim Herz’s
1978 production of Madame Butterfly, at the Bristol Hippodrome –
making her company and role debut – one reviewer remarked: ‘As one of the
iconic roles in opera you’d expect some first night nerves, but this Welsh
soprano … barely blanches … she already combines the timid and bashful
young teen who falls in love with the wrong man, to the deluded romantic
waiting for her husband to return home, to the grieving but resolute mother
prepared to make the ultimate sacrifice for her son. It’s a performance
that more than merits the rapturous applause received.’ And, this is praise
which more than whets the opera-lover’s appetite.