For their opening concert, at the Wigmore Hall, they were joined by one of
Classical Opera’s Associate Artists, soprano Louise Alder. Six months ago,
one might have described Alder as a ‘rising star’ but recent accolades –
including ‘Young Singer of the Year’ at the 2017 International Opera and
the Dame Joan Sutherland Audience Prize at the BBC Cardiff Singer of the
World – have seen her ascend securely to the firmament.

I last saw and heard Alder performing the music of Richard Strauss, as
Sophie in

and on her debut recording,


; here, she tackled two show-case arias: a Gluck rarity and the opening
aria from Mozart’s opera seria, Idomeneo. Alder has a lovely stage
presence. Relaxed and generous, she seemed delighted to be at the Wigmore
Hall, to be sharing music with the instrumentalists of Classical Opera and
to be communicating with the eager, sell-out audience.

My pre-concert research threw little light on Gluck’s festal opera Il prologo which was commissioned in 1767 as part of a three-day
celebration marking the birth of the first child of Peter Leopold I
(younger brother of Emperor Joseph II) and his wife Maria Luisa (daughter
of King Charles III of Spain). But, an informative programme note explained
that, setting of a dedicatory text by the poet Lorenzo Ottavio del Rosso,
Gluck’s work was to be presented in the Teatro di Via della Pergola in
Florence as a prologue to the centrepiece of the festivities – Tommaso
Traetta’s opera Ifigenia in Tauride. In the event, lack of time to
compose and rehearse a new work led Gluck to borrow the overture and
opening chorus from his 1756 opera Il re pastore; but when Il prologo was first heard, on 22 February, it did include three
accompanied recitatives, a concluding chorus and an extended aria in which
Jove hails and blesses the new-born child.

Alder’s relaxed but direct soprano swept cleanly through the recitative,
which was punctuated by increasingly extended string gestures building to a
galloping imitation of the messenger – a figure of glory, in triumphal
robes – who carries the new of the happy birth. Having intensified the tone
to match the deepening reverence of the text, Alder softened her soprano to
bestow ‘a thousand unaccustomed feelings of joy’ upon the ‘sovereign
breasts’, with beautiful, fading tenderness. 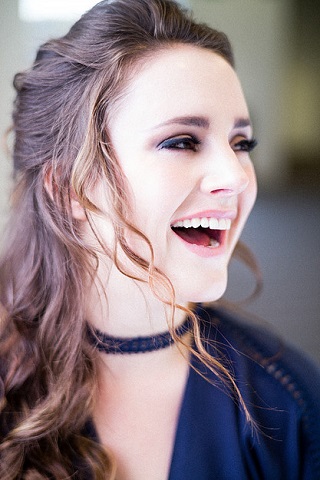 The strings pulsed gently at the start of ‘De’ sublimi augusti eroi’ (O
sublime, happy event), as Alder traversed the wide range of Jove’s opening
phrases with impressive evenness, suggesting the all-encompassing embrace
of peaceful contentment which will overflow from the souls of ‘lofty and
majestic heroes’. This concertante aria has significant instrumental solos
– the accompaniment is almost a double concerto: James Eastaway’s oboe
entwined sinuously with the vocal line, Joseph Crouch’s cello commented
eloquently on the phrase endings, while conductor Ian Page brought the
middle voice undulations to the fore in the minor-key central episode.

Alder’s coloratura was lithe and luminous, flashing with gold and diamond;
solo ascents were impressively relaxed, swooning gracefully at the top, and
neat cadential trills were beguilingly echoed and enhanced by the two solo
instrumentalists. In Patricia Howard’s 2015 Routledge edition Gluck (The Late Eighteenth-Century Composers), Max Loppert
describes Il prologo as an example of ‘bizarre, reprehensible
Gluckian backsliding’. After this performance, I have to disagree. The aria
may ignore the reforms which Calzabigi and the composer had introduced in Orfeo ed Euridice and Alceste but Alder and the players
of Classical Opera wonderfully confirmed Gluck’s ability to find freshness
and beauty in the conventional da capo form.

Alder had originally planned to open the second half of the concert with
Mozart’s concert aria ‘Vorrei spiergavi, oh Dio!’ K418, which was written
in 1783 as an insertion aria for a performance of Pasquale Anfossi’s 1777
opera Il curioso indiscreto at the Burgtheater in Vienna. Instead,
we were treated to Ilia’s Act 1 aria from Idomeneo in which, alone
on stage having been rescued from the stormy seas by Idamante, the
imprisoned Trojan princess reflects on the conflict between her familial
loyalties and her burgeoning love for her Greek saviour.

The extended recitative, which largely sets the scene and introduces the
drama’s protagonists, was skilfully structured, revealing a story-teller’s
nous. The rhetorical tone grew in force towards Ilia’s fearful outburst at
what fate may await her father and brothers, then abated in reflection:
‘Are the wrongs and the shame of Priam and Troy avenged?’ As in the earlier
Gluck recitative, Alder’s Italian was idiomatic and the rhythm of the text
convincingly natural. Page coaxed expressive accompaniment from his players
and pushed forward with Ilia’s desperate question, ‘But does Idamante love
me?’, accelerating still more as the despairing captive calls on the
‘ruthless butchers’ to destroy her ‘unhappy heart’, and surging into the
ensuing aria.

The consistency of Alder’s soprano was of great advantage in the taxing
lament, ‘Padre, germani, addio’ (Father, brothers, farewell!); she created
a sense of breathless urgency and intensity at the start, but the fairly
short phrases formed flowing units. The softness of line in the second part
of the aria evoked a moving sadness as Ilia’s reflects on the betrayal of
her ‘own blood’ which her irrepressible desire dictates. She balanced
passion with pliancy: falling with slippery ease through the sinuous
semiquaver motifs, rising with impressively precise intonation, ornament
and rhythm through the final chromatic cry, and diminishing with
heart-breaking regret and shame at the close when confessing that Ilia
cannot bring herself to hate Idamante. Mozart was to express grief, in the
same G minor tonality, ten years later, in Pamina’s ‘Ach ich f¸hl’s’, and
it certainly whets the appetite to learn that Alder will essay her first
Pamina in May 2018 in Garsington Opera’s new production of Die Zauberflˆte, directed by Netia Jones and conducted by
Christian Curnyn.

Reflecting the Mozartists’ raison d’Ítre, the concert was
framed by symphonic works. Mozart’s Sinfonia concertante opened
proceedings, Page drawing a fairly full-bodied, warm, relaxed sound from
his players at the start of the Allegro maestoso. There was
nothing that was not disciplined, elegant and charming about this
performance but, equally, there was nothing really very fresh or
captivating either.

Violinist Matthew Truscott is an ubiquitous and reassuring presence in the
leader’s chair of many a period ensemble – in addition to Classical Opera,
he also leads The King’s Consort, Florilegium, St James’s Baroque and is
one of the leaders of the Orchestra of the Age of Enlightenment – but he
and CO’s lead viola player, Alfonso Leal del Ojo, played the concerto as if
it was chamber music rather than a soloist’s show-piece. Nothing wrong with
that, of course, but why, then, did the orchestra not dispense with a
conductor and place the soloists either side of centre (especially as this
would have reflected the orchestral placement of the other two viola
players)? I appreciate that these period players were performing in an
intimate venue, but I found myself longing for just a little of the
excitement and flair that

brought to the work at the Proms last month. Instead, Leal del Ojo seemed
to look to Truscott to lead during the solo ‘duets’ and the first movement
cadenza was disappointingly ‘straight’.

The Andante was taken fairly swiftly by Page – flowing a little
too fast for Truscott perhaps, who seemed to try to apply the brakes at
times – but, despite the fast tempo, the extended phrases did not seem to
reach forwards, perhaps because there was insufficient time and space for
flexibility of phrasing. The strings’ articulation in the Presto
was delightfully feathery, the light texture allowing the oboes to shine
through.

Mozart’s joyful Symphony No.29 rounded things off and I admired the
dynamism and drama that was conjured, the violins now seated antiphonally:
the sound was bright, the ornaments compactly sculpted, the bowing superbly
disciplined – one could hear the bite at the start of every single rapidly
repeated semiquaver played by every single violinist. The horns took a few
risks and not all of them came off, but their rich, vibrant tone and
exuberance brought humanity and spontaneity to the performance. The Andante was urbane, the ultra-pianissimo Menuetto
rhythmically tight but never at the expense of the melodic line. The Allegro finale certainly observed Mozart’s spirito
instruction!

The players’ communal enjoyment was evident and infectious. Did they need a
conductor? Perhaps my question was answered by the encore, which saw Page
relinquish the stage and Alder return, to be partnered by the leaders of
the lower string sections.


Classical Opera will celebrate their 20th anniversary with a

at the Barbican Hall on 9 October.

The Mozartists’ first recording is