On the one hand, a musician’s survival depended on patronage: wealthy
individuals, and the institutes of state and Church, put their hands in
their pockets and enabled budding young composers to learn their craft, and
geniuses to get on with the business of composing masterpieces. On the
other, the reflected glory – reputation for cultural discernment and
refinement, social status among the wealthy elite – derived from works
composed on demand was worth paying for.

Handel arrived in Rome in 1707 and one of his patrons was Cardinal Pietro
Ottoboni who, each Wednesday, held concerts in his Palazzo della
Cancelleria, directed by Corelli. Some think that Handel’s solo cantata,
‘Ah! che troppo ineguali’, may have been commissioned by Ottoboni; others
that the commission came in 1708 from Cardinal Colonna, in celebration of
the feast of the Madonna del Carmine. Whatever and whoever, the Church
clearly had a hand in the composition: the text is religious, but
non-liturgical, the brief recitative and short aria comprising a
supplication to the Queen of Heaven to send peace down to earth – most
likely a response to the War of the Austrian Succession in which the Papal
States were then engaged.

Canadian soprano Keri Fuge, who won second prize in the 2011 Handel Singing
Competition, seemed a little tense during the recitative, and took a while
to gage the dimensions of the Milton Court Concert Hall. But, the slight
shrillness and over-emphatic accents had gone by the time Fuge reached the da capo repeat, and though she employed what I thought was a
rather wide vibrato, she summoned a noble eloquence which matched the
sentiments of the accompaniment provided by members of the Academy of
Ancient Music, directed by Christian Curnyn who made much of the expressive
contrast between the high shine of the violins and the low sonorous of the
bass strings and organ.

Fuge was joined by countertenor Tim Mead for Handel’s duet-cantata ‘Il
Duello Amoroso’, which was composed in 1708 for Marquis Francesco Maria
Ruspoli, a member of the Arcadian Academy. It presents a stand-off between
a love-sick Arcadian shepherd, Daliso, and the scornful and supercilious
Amarilli. Handel’s setting is characteristically playful: when Daliso
threatens to subdue the teasing nymph, ‘either by force or inclination or
resentment before the enticing pains of death come’, Amarilli doesn’t bat
an eyelid: ‘No more! I would have you satisfy the wicked desire that
torments you; unfeeling man, come! Why delay? Take the blade and strike it
into this heart.’ The humiliated Daliso retreats and demands that she
return his heart only to be further emasculated: ‘you do not have the torch
that can kindle my flame.’ 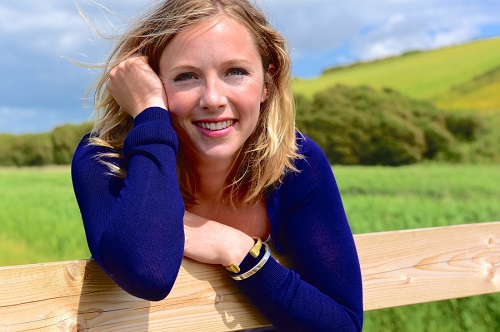 The menuetto of the three-part overture was delicately wry, but
Mead initially seemed quietly crestfallen even stoical, rather than
indignant and resentful, about his rejection. That said, his countertenor
was agile and light, then sensuously legato, in the two parts of his
opening aria, and later he summoned a simple plaintiveness – ‘Is it better
to hear many times promises of love but not when they may be fulfilled?’ –
which was complemented by some finely phrased violin-playing from the AAM.
Fuge was more ‘on score’ and this, as well as Mead’s tendency to prioritise
mellifluous beauty over dramatic impact, did temper the dramatic frisson
between the pair. But, Amarilli’s cruelty was evident in a slight edge to
the voice and in the pointed echoes between soprano and violins, though as
the temptress’s fury rose so Fuge’s focus and intonation became less
consistent. The showdown was spirited with Mead summoning an angry pride,
expressed through vivid adornment – ‘SÏ, sÏ, lasciami ingrate’
(Very well, leave me alone, heartless girl) – his bitterness highlighted by
the contrast between the high vocal line and low-pitched accompaniment of
cellos, bass and continuo.

Pergolesi’s Stabat Mater – commissioned by the Brotherhood of the Vergine
dei dolori in Naples, in 1736 – followed after the interval, with the
original vocal ensemble reduced to just two voices. I’m not sure of the
wisdom of this slimming down of the vocal sound: in the opening duet, the
poignant suspensions did not register as emphatically or with the immediacy
that one might expect. Moreover, despite their concerted efforts to blend
their voices, particularly in the duet ‘Sancta mater, istud agas’ (Holy
mother, pierce me through), Fuge’s soprano was often dominant.

That said, the soprano aria ‘Vidit suum dulcem natum’ (She beheld her
gentle child) which lies lower in the voice was very affecting, unfolding
quietly and lyrically above hesitant accompanying phrases. And, the fugal
duet, ‘Fac ut ardeat cor meum’ (Make me feel as thou has felt), generated
fervency and passion.

In the final duet, ‘Quando corpus morietur’ (While my body here decays),
the violas and celli shuddered with a suffering that was more tender than
tragic. One was reminded of the question asked by Jean Frangois Marmontel
in the Mercure de France (September 1778): ‘Does it not cause
tears to fall?’ And as the vocal lines wound around each other the
resultant dissonances made for a delicate but affecting statement of
anguish and faith.

In this concert, The Academy of Ancient Music confirmed their status as
perhaps the finest period-instrument ensemble performing today, not least
with the fleet-footed performance of Corelli’s Concerto Grosso Op.6 No.1 in
D major that opened the programme. The antiphonal placement of the violins
created drama and excitement – there was some wonderfully seamless
interplay between both section-leaders, Bojan ?i?i? and Rebecca Livermore,
and the full violin ranks, particularly in the second Allegro.
And, Curnyn drew a warm, full sound from his fairly small ensemble,
Alastair Ross’s organ providing sonorous depth, particularly in the slow
movements. The upper string players were standing throughout the concert
which encouraged vitality and freedom – lead viola Alexandru-Mihai Bota
exhibited surprising balletic nimbleness, despite his height! – but it was
a pity that cellist Joseph Crouch was rather ‘buried’ amid the ensemble,
for his contributions to the concertante episodes were beautifully dulcet
yet incisive. The facility of all conveyed a virtuosic ease which, at the
final cadence, cohered into a closing gesture of graciousness and taste.