So noted the New Yorker’s Alex Ross (in The Rest is Noise
), adding, ‘It is at once touching and unsettling to picture Strauss
immersed in artifice of Capriccio in the early months of 1941 when
German forces were gearing up for the invasion of Russia and Heydrich’s Einsatzgruppen were set to slaughter Jews and Slaves in their
wake. Touching, because one can sense Strauss’s need to disappear into a
realm of tones. Unsettling, because his work was so at odds with the
surrounding reality’.

Garsington Opera’s Artistic Director, Douglas Boyd, would beg to differ. When we met this time

, he was busy rehearsing for the revival John Cox’s production of

which he himself was to conduct, but he was also eagerly looking ahead to
the following year’s festival season which would bring the opportunity to
conduct his first Strauss opera,

directed by Tim Albery – a co-production with Santa Fe Opera. 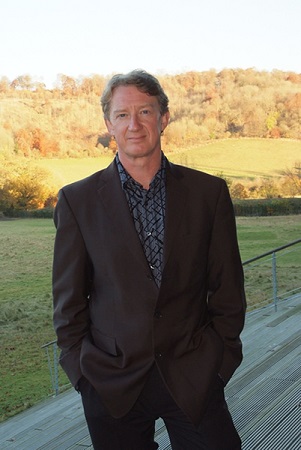 Rehearsals are now underway, and Boyd rejects the notion that Capriccio indicates Strauss’s ‘indifference’ to the world. I
suggest that it’s an opera in which ‘nothing happens’: the the Countess Madeleine
is asked to settle a dispute between her brother, the composer Flamand, the
poet Olivier, and the theatrical impresario La Roche, over the relative
status of music and words – and, after two-and-a-half hours of philosophy
and art, she is no closer to making her mind up about aesthetic matters
than she is to deciding upon the rival romantic merits of the poet and
composer.

But, Boyd explains, Capriccio – the idea for which originated in
Stefan Zweig’s research, in the British Library, into the controversy about
Gluck’s reforms in the eighteenth century, and Zweig’s particular interest
in Abbate Casti’s libretto for Pergolesi’s Prima la musica e poi la parole – is so much more than simply an addition
to the canon of operas about opera. Far from being ‘apolitical’, Capriccio is Strauss’s response to a world which in 1942 seemed to
be on the verge of apocalypse. The question that the opera asks – which is
most important, words or music? – is far from trivial; rather, it is an
assertion of essential human values at a time when humanity was
tearing itself apart. When I note that James Sohre, reviewing

during the last US presidential campaign, had remarked that ‘with all the
bombast […] rattling in our heads, with invectives being exchanged and
measured discussion all but absent, how utterly lovely to retreat and relax
into the harmonious soundscape and well-reasoned debate posed in Strauss’ Capriccio’, Boyd smiles: “Yes, ‘Words, or music?’ is not a question
one can imagine Trump asking.” We need to ask ourselves, “What do Flamand,
Olivier and La Roche symbolise or represent?” 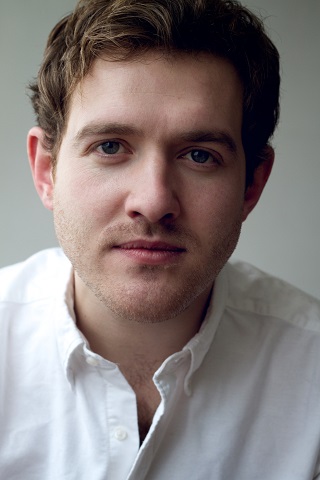 Built originally by founder John O. Crosby in 1957 on a former guest-ranch
seven miles north of the city, with its panoramic views of the Jemez
Mountains to the west and the Sangre de Cristo Mountains to the east, the
Sante Fe Theatre – described by The New Yorker as ‘a miracle in
the desert’ and, according to The Washington Post, a ‘shining
white cloud in the red hills’ – may seem to have little in common with
Robin Snell’s ‘floating’, kabuki-inspired Pavilion on the Getty family’s
Wormsley Estate. But, as Boyd explains, both theatres are closely connected
to their surrounding landscapes: at Sante Fe, the West-facing audience can
witness the New Mexico landscape and sunsets which are visible when no
backdrops are used; at Garsington, the setting and twilight so often become
part of the performance. As I noted of last year’s production of

: ‘[Designer Nicky Shaw] presents us with a night-blue observatory panorama
of pendulous orbs amid zodiacal light and nebulae. The splintered
chandeliers are replaced by gleaming globes. It’s a hypnotically beautiful
vista, and as the real night descends around the Garsington pavilion one
can almost hear the cosmic harmony.’

Tobias Hoheisel’s set for this Capriccio was designed with both
venues in mind. Director Tim Albery has transferred the opera from the late
eighteenth-century to the years just after the opera’s composition, but the
1950s locale incorporates an echo of that earlier world and in so doing
neatly sustains the meta-theatrical dimension of Strauss’s opera. Taking
his cue from the migration of so many artists and intellectuals from
Austria and Germany during the 1930s and ’40s, Albery has imagined a
post-modern house whose aristocratic owner welcomes these emigres and
provides a ‘refuge’ within which artistic relationships can be formed and
creativity can be nurtured. Indulging her passion for all things
eighteenth-century, the Countess has built a replica drawing-room in which
the evening’s conversations, deliberations and entertainments unfold.

Boyd is relishing the new ‘discoveries’ which Strauss’s score continually
affords, as he finds new ‘layers’ in the orchestration and explores the way
the music meticulously and miraculously ‘paints’ the words and action on
stage. The opera is essentially a conversation piece – we have to wait a
long time for the final twenty minutes of glorious Straussian arioso, but
it’s worth waiting for, adds Boyd – and one of the challenges is to ensure
that the dialogue appears spontaneous and natural, as if it were a spoken
play; it’s all in the score but it’s tricky balancing the rigour of
rehearsed details with the freedom required in the execution.

I comment that the cast of Capriccio, indeed of all of
Garsington’s 2018 productions, comprises a good balance of young and more
experienced singers. Alongside Miah Persson’s Countess, Andrew Shore will
sing La Roche and William Dazeley is the Count, while Gavan Ring as the
poet Olivier will contest for the Countess’s love and preferment with Sam
Furness’s composer, Flamand. Boyd aims to welcome strong, international
casts who are committed to performing at Garsington – he’s not interested
in ‘big names’ who are flown in because it looks good on the headed paper –
and he warmly and strongly praises the invaluable contribution made by
Garsington’s Director of Artistic Administration Laura Canning, in her work
with production teams, principal singers, chorus and orchestras. 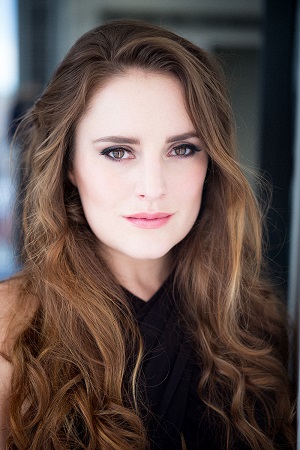 To my query whether co-productions will become a familiar feature of future
Garsington seasons, Boyd comments that there may be further co-productions
– there can of course be cost benefits – but that co-productions need to be
mutually advantageous to both partners. He will return to Santa Fe in the
autumn for discussions with Robert Meya, who will take up his post as SFO’s
General Director in October, and Alexander Neef, recently installed as the
company’s first Artistic Director, about possible future collaborations,
but there are no definite plans.

In the meantime, there are three other new productions at Garsington this
summer. To start the season, director/designer Netia Jones and conductor
Cristian Curnyn make their Garsington debuts with

. Boyd has previously worked with Jones – she added visuals which reacted
in ‘real-time’ to a performance of Verkl‰rte Nacht by the
Manchester Camerata in 2011, for example – and the marvellous light and
transparency of the elevated Pavilion will surely inspire Jones’s visual
imagination as she explores the magic and enchantment of Mozart’s
singspiel. Two young singers return to Garsington in the principal roles:
Cardiff Singer of the World prize-winner Louise Alder (Ilia,Idomeneo, 2016) and Jonathan McGovern (PellÈas, PellÈas et MÈlisande, 2017) sing Pamina and Papageno, while tenor
Benjamin Hulett makes his Garsington debut as Tamino.

Garsington is committed to developing engagement with opera among new
audiences and this year The Magic Flute project will see vocal
director Lea Cornthwaite and director Hazel Gould create a 30-minute piece
based on The Magic Flute for Garsington’s Adult Company in
partnership with the C&C Choir, a choir of residents from sheltered
accommodation in North London run by C&C Housing. The piece will be
performed on the main stage at Wormsley on 3rd August.

Mid-way through the season, Bruno Ravella returns to Garsington, along with
designer Giles Cadle, following his esteemed 2015 production of Strauss’s


to direct a new production of Verdi’s


which will be conducted by Richard Farnes, winner of the 2017 Royal
Philharmonic Society Conductor of the Year Award. Henry Waddington is the
eponymous knight, Mary Dunleavy and Richard Burkhard sing the roles of
Alice Ford and her jealous, raging husband, while Victoria Simmonds and
Soraya Mafi appear as Meg Page and Nannetta respectively. 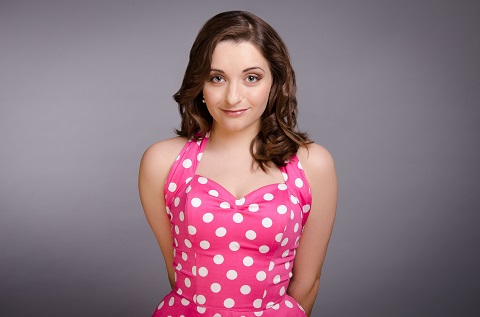 Boyd speaks energetically and with passion and commitment about all three
above-mentioned operas, but it is the fourth of Garsington’s 2018
productions which seems to ignite his greatest zeal and intensity.


is a newly commissioned opera by British composer David Sawer, with a
libretto – based on the short novel by Chilean author Roberto BolaÒo – by
award-winning playwright Rory Mullarkey. The story is gripping, blending
murder, lust and corruption with a touch of the surreal. Obsessed with a
beautiful young skating champion, Nuria, Enric determines to build her an
ice-rink in a deserted mansion near a Spanish sea-side town, and resort to
underhand means. An eclectic cast of characters encircle the voyeuristic
Enric, and as he watches Nuria spin ever-faster arabesques, so the web
tightens on his secrets. A recent play-through with the cover singers has
stirred Boyd’s excitement and anticipation for this new opera, the music of
which he says is just as mesmerising as the drama which it so perfectly
paints. 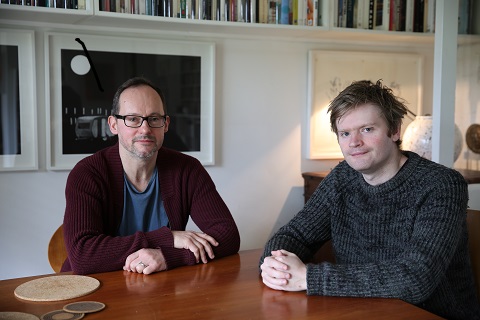 Garry Walker (The Cunning Little Vixen, 2014) returns to
conduct The Skating Rink, with director and designer Stewart Laing
making his Garsington debut. The first night will be the occasion of
another debut, too: Garsington’s first world premiere. It is obviously
enormously important to Boyd that we should have faith in modern-day
composers and that while, undoubtedly, there are risks in commissioning new
work, its essential that alongside superb productions of established work,
Garsington enables the creation of new work for new audiences. “It’s the
future, and it’s our legacy.”