At the heart of the programme lay Claude Debussy’s Cinq PoËmes de Baudelaire (1889) and Jonathan Dove’s Letters from Claude. The latter was commissioned by the Richard
Thomas Foundation at the invitation of pianist Andrew Matthews-Owen and
premiered here by soprano Claire Booth and mezzo-soprano Susan Bickley.

Debussy was a prodigious letter-writer, and indeed a discerning and
prolific writer, critic and journalist per se. Nine volumes of his
correspondence were published between 1927 and 1958, and more than 1500 of
his letters survive. Among his correspondents were three women whom he
bound together in amorous knots, not of their will. Gabrielle Dupont was a
professional mistress from the lower echelons of the grandes horizontales society of the 1890s; Debussy abandoned her
for Rosalie (Lilly) Texier, whom he married in 1899 (pressuring her into
wedlock by threatening suicide); she shot herself in the stomach when
Debussy subsequently left her for one of his rich pupils, Emma Barduc, with
whom he had his only child.

Jonathan Dove’s Letters from Claude, as the composer himself
explains, takes text from sixteen of Debussy’s letters and fragments: ‘I
imagine that, perhaps after Debussy’s death, Lilly and Emma just happen to
be reading some of his letters in their different homes at the same moment.
There memories are, of course, full of his music, and so the piano
accompaniments are each prompted by a chord or phrase from piano pieces
Debussy wrote around this time – Suite Bergamasque (1890-1905),
and Estampes (1903) – along with the early Danse (1890).’

The fragments which form this 12-minute whole run segue, and there
was an urgency as we moved from mezzo-soprano Susan Bickley’s recitation of
the composer’s insouciant instruction to Lilly to ‘put on your pink
petticoat and your black hat and [to] come and say hello to me next Sunday’
to his ardent avowal of passions ‘secretly burning’ and impatience for
‘your mouth, your body’, just three days later. The charm of the fragment
in which the composer reflects on the ‘Lovely Lili’s’ whereabouts and
movements – she is probably lending ‘the slender grace of her body to
various gorgeous dresses’ – was embodied by a beautiful translucent piano
accompaniment. 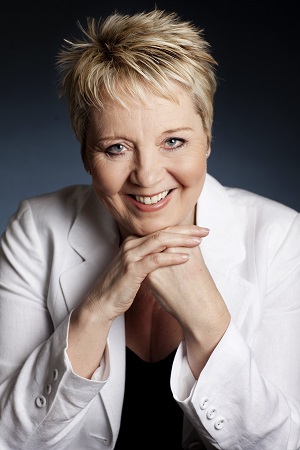 Soprano Claire Booth revisited Emma Bardac’s memories, the composer’s
abstract images of fragrances and flowers finding shape in trickling piano
figures, and his request that Lilly should pay him a visit, even though the
rain falls heavily, characterised by a circular motif of pattering wetness.

Dove conveys the complexity of torn and tattered allegiances by overlapping
the voices: this is evocative in a general way, though it inevitably
obscures the texts, which were also sometimes lost to an overly loud –
sounds of the ‘mechanism’ were occasionally intrusive – accompaniment from
Matthews-Owen. For example, Bickley’s recount of Debussy’s letter to Lilly
of 23rd May 1899 – ‘I love you, I love you … I can only think of
your return, and of the three whole days which you will grant me. And such
a delicious ache it gives me. God how I love you.’ – was overpowered by the
piano’s growing animation. Dove’s settings also lack variety – perhaps
suggestive of Debussy’s emotional limitations? – as he frequently relies
upon ponderous, pounding bass notes, which often descend (‡ la
Delius or Lloyd Webber), languorously, by step, above which ostinatos or
fragments in the middle and upper registers float.

By contrast, the use of unaccompanied voices in some of the later fragments
was effective and the directness of the homophonic utterances suggested
shared experiences. But, given the wealth of text from which to choose, one
wonders what Dove hoped to capture in such oblique fragments drawn from two
letters to Emma, of June 1904: ‘Hello Madame Bardac?’ and ‘Yes…! Yes! Yes!’
That said, the climax of the closing episodes was well-shaped; recalling
Debussy’s missive of 24th December 1916 to Emma, Booth made the
carolling bells shine – ‘NoÎl! NoÎl!’ – and the ambience was sustained in
the right-hand piano echoes above low pedals in the bass. Bickley’s cold
declamation of Debussy’s rejection of Lilly, ‘I have to tell you that
nothing on earth would compel me to meet up with people with whom I have
broken off all relations’, fell low and lingered chillingly.

Booth’s performance of Debussy’s Cinq poËmes de Baudelaire, which
preceded the interval, was less convincing. There was certainly passion and extase in the vocal line – a real gloss at the top, as at the
close of ‘Le balcon’, with its images of countless vows, perfumes and
kisses – as well as a contrasting coolness at times; and, Matthews-Owen negotiated the motivic and textural complexities of the
piano-writing with accomplishment. But, Booth did not always control the
contours immaculately – rising lines had a tendency to break off too
abruptly – and the text was often indistinguishable; given that these songs
embody the symbolists’ aesthetic and desire to blur the distinction between
poetry and music, this was problematic.

The central song, ‘Le jet d’eau’, revealed Booth’s rich lower register, and
here something of the tenor of the language and mÈlodie was
struck. There was a strong sense of the waves of sensory experience offered
by the bounding of the bold soul towards the ‘vast enchanted skies’, and of
the trembling magic of the ‘Moon, sonorous water, blessed night’ which
reflect the poet’s love. The piano’s rhythmic complexities in
‘Recueillement’ (Meditative calm) were stirring and Booth infused the
narrow compass of the vocal line with life, the energy subdued but always
present, culminating in a final melodic plunge which carried us downwards
with the ‘step of the gentle Night’.

Five songs by Gabriel FaurÈ brought the best from the two singers. Booth’s
rendition of ‘Clair de lune’ was fluent and fresh, and ‘Au bord de l’eau’
had a lovely, heady, rolling flow. The fairly brisk tempo of ‘AprËs un
rÍve’ ensured directness and eschewed indulgent sentimentality. Susan
Bickley communicated powerfully in ‘Les rose d’Ispahan’, and there was a
real sense of the hypnotic arc of each stanza, while Bickley’s beguiling
lower register was put to good effect in ‘Nocturne’, which had a delicious
murmuring quality conveying mystery, as the night ‘half opens its blue
jewel caskets’.

Bickley and Matthews-Owen framed the recital with songs by Erik Satie. In
the opening ‘…lÈgie’, Bickley made a good attempt to capture the distance
which comes from loss – and Satie’s characteristic abstraction – but the
descending scales of the song and the awkward intervallic contrasts which
pit pure fifths/fourths against tritones, with little harmonic or textural
support from piano, made this a difficult song with which to open the
recital. But, while Bickley’s intonation took a little while to settle,
there was a sensitive diminishment at the close, ‘Le seul remËde sur la
terre/¿ ma misËre/Est de pleurer’ (The only remedy on Earth for my misery
is to cry) slipping away like a falling tear.

The piano hopped with the jerky spring of a frog at start of ‘La statue de
bronze’ and Bickley used the low lying declamatory passages to convey a wry
wit. In contrast, ‘DaphÈnÈo’ was tranquil, as the gentle vocal survey of
just three or four notes established a stillness and lack of
sentimentality.

While occasionally the low voice was lost amid the density of the piano’s
pounding triplet quavers, Bickley enjoyed the deadpan parody (of Gounod) in
‘Le chapelier’ (The mad hatter), where the lunacy of the mad hatter’s
attempts to fix his languid wristwatch – oiling it with butter, clogging
the gears with bread-crumbs and plunging it in cups of tea – were all to no
avail, consequence or import, as the Dada-esque throw-away conclusion
confirmed.

The fun was resumed at the close in the sardonic sparseness of ‘Air du
poËte’ and the stylish insouciance of ‘Je te veux’ which took us from the
salon to the cabaret. In between there were some ‘Vexations’ – fortunately
only five of 840 that Satie ‘instructed’.