It thus comes as a surprise to many opera lovers to learn that, before
Gilbert and Sullivan teamed up in 1871, Britain had its own distinctive
school of serious opera. This is conventionally referred to as English
Romantic opera: it made its first appearance in 1834, continued to be
produced into the 1860s, and the best-known examples were performed well
into the twentieth century. It was strongly influenced by both German
(especially Weber) and Italian (mainly Rossini, Bellini and Donizetti)
models, but it also had distinctively British elements. The most important
of these was the ballads, generally not too difficult to sing, which were
designed to become hit songs outside the opera house – British
composers were much more dependent on the sale of sheet music than their
Continental rivals.

English Romantic opera had been almost completely forgotten when Richard
Bonynge made a landmark recording of Michael William Balfe’s The Bohemian Girl in 1991. This was the obvious place to start a
revival, for The Bohemian Girl was the most successful of all
these operas. Inspired by Bonynge’s example, other operas from this
period have since been revived and recorded. Bonynge himself has recorded
William Vincent Wallace’s Lurline and Balfe’sSatanella. There have also been recordings of Balfe’s The Maid of Artois, Wallace’s Maritana, and –
a favourite of this writer – George Alexander Macfarren’s Robin Hood. Alongside these have appeared George
Biddlecombe’s standard study, English Opera from 1834 to 1864 (1994), and books on Balfe,
Wallace, and Edward Loder. All this would have been quite unthinkable
before 1990.

Most of these recordings have been met with surprise and delight by critics
astonished at the fact that such impressive operas from the pre-Gilbert and
Sullivan era even existed. Yet until now it has been impossible to listen
to the work that critics have increasingly highlighted as the finest of all
the English Romantic operas: Edward Loder’s Raymond and Agnes of 1855. Biddlecombe wrote of this as having
‘a quality of invention and dramatic power that raises it to an
unusual position in English nineteenth-century opera’. Nigel Burton,
in The Grove Dictionary of Opera, goes even further, emphasising
the ‘surprising emotional intensity’, ‘the sense of drama
and depth of musical characterization … close to Verdi’, which
makes Loder ‘the foremost composer of serious British opera in the
early Victorian period’.

In 1855, Raymond and Agnes was premiered at the Theatre Royal,
Manchester, where Loder had been musical director since 1851. It enjoyed
considerable success there, but when a London production was organised four
years later, it was something of a disaster, thanks to the very poor
quality of the performance. Loder (1809–65) was by that time
suffering from the mental illness which painfully afflicted his final
years, and was unable to promote his own work adequately. Thus this
extraordinary opera disappeared from sight and was more or less unheard of
for a century. 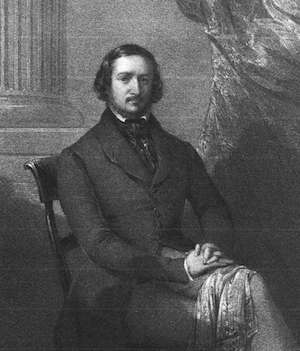 Then in 1963, Nicholas Temperley discovered a vocal score and immediately
recognised Raymond and Agnes as a lost masterpiece. He organised a
staged performance at Cambridge in 1966, and as word got out about just how
good the opera was, critics travelled from all over the country to see it.
They were all impressed. Charles Osborne wrote that he ‘was bowled
over by Raymond and Agnes. Its intensity, and Loder’s gift
for melody and musical characterization, were indeed Verdian and
marvellously exciting.’ Andrew Porter called Loder a genius, John
Warrack dubbed the Act 2 quintet ‘magnificent’ and Stanley
Sadie thought it ‘would not disgrace middle‑period
Verdi’.

After all the excitement in 1966, one might suppose that Raymond and Agnes could not be forgotten again. Yet it was. The
problem was that in the 1960s, no libretto was thought to survive, and
Temperley’s production was a speculative recreation of the opera
based on the sung music. Although the BBC did broadcast a radio version in
1967, there was too much uncertainty about the opera for recording
companies, or professional opera companies, to show interest. And so, once
more, the dust gradually settled.

Finally, though, in the last decade there has been a steady movement toward
reviving Raymond and Agnes in the form of a professional
recording. A copy of the libretto, as used in London in 1859, has been
located, and musicologist Valerie Langfield has spent years creating a
definitive performance edition. When Retrospect Opera, the British charity,
was founded in 2014, their first goal was to record Raymond and Agnes. It has been a crowdfunded project, with over
200 donations coming in from all over the world. Richard Bonynge was the
obvious conductor to turn to, and a studio recording under his baton was
made in October 2017. It is being released this summer complete with a
sumptuous booklet containing the full libretto and three authoritative
essays.

It must be confessed that the title, Raymond and Agnes, does not
raise the same degree of interest as The Bohemian Girl or Robin Hood. It can sound prudishly ‘Victorian’. But
this is very misleading. The title was in existence long before the opera,
having been given to various works derived from Matthew ‘Monk’
Lewis’s classic Gothic novel, The Monk (1796), which had
much the same impact in the 1790s as Alfred Hitchcock’s Psycho had in the 1960s, fascinating, horrifying and appalling
people. The Monk contains several intertwined stories – that
of the lovers Raymond and Agnes is just one of them, and when that part of
the story began to be treated as an independent work, it was called,
unimaginatively, Raymond and Agnes. Loder’s librettist,
Edward Fitzball, adapted this time-tested story, enlarging and complicating
it with elements drawn from Lewis’s play, The Castle Spectre
(1797), and Weber’s Der Freischütz.

The plot is very intricate, no doubt; the listener needs to make some
effort to understand what is happening. It is also improbable in the
extreme. But it is full of intensely dramatic situations and inspired
Loder’s greatest music. Although Raymond and Agnes does
contain some of the ballads that the Victorians demanded, it is in no sense
a ‘ballad opera’. Its musical core is found in the duets and
ensembles, composed with a Verdian level of force and conviction. The three
central characters, Raymond (tenor), Agnes (soprano) and their sinister
nemesis, the Baron of Lindenberg (bass-baritone), are brought together in
various combinations and with every variety of emotion, from the most
passionate youthful love to the profoundest hate, from tender gratitude to
remorseless revenge. These scenes are orchestrated with a mastery
unprecedented in nineteenth-century English opera, and make the strongest
possible case for taking pre-Gilbert and Sullivan works seriously.

In Loder’s youth, Weber was making his huge impact on English opera,
first with the sensationally successful adaptations of Der Freischütz (one of them made
by Fitzball) in 1824, then with Oberon two years later. Weber
seems to have been, enduringly, Loder’s greatest inspiration, and it
is certainly not fanciful to imagine these German Romantic operas giving
him his sense of vocation. By 1827, young Loder was studying music in
Germany with Ferdinand Ries, and in 1834, when his own operatic career
commenced, he introduced himself to the British public as ‘a German
Student in music’. Unlike Balfe, with his mainly Italian influences,
Loder wanted to create an English Romantic opera that could stand beside
and claim kinship with the works of Weber and his German followers. Raymond and Agnes, with a story appropriately set long ago in a
Romantic Germany of forest and castle, represents a most satisfying
fulfilment of this goal.

Retrospect Opera’s recording of Raymond and Agnes can be
ordered directly through their website ( www.retrospectopera.org.uk
), as well as through standard music retailers.