The programme largely reproduced that presented by James Bowman and Michael
Chance on the disc of countertenor duets by Henry Purcell and John Blow
that they recorded with The King’s Consort in 1987. Perhaps we experience
recorded and live performances differently, or expect and anticipate
different things from them, but on this occasion the works performed –
which were supplemented by detailed explanatory notes by Robert King – did
not seem to me to offer sufficient variety of mood and affekt, and
those opportunities that did exist for contrast and diversity were not
always exploited to the full. At times I found myself wishing for more
dramatic engagement with the musical rhetoric, such as would not only
communicate sense and emotion, but would also – as seventeenth-century
audiences would have so desired – arouse passions.

One could not complain about the technical standards and tonal beauty,
however. Davies and Hall have contrasting voices – Davies’ has variety of
colour, dramatic nuance and projects strongly; Hall’s voice is lighter, and
agile and fresh at the top – but they formed an ear-pleasing blend. And, as
immediately demonstrated by the vocal roulades of the opening ‘Sound the
trumpet’ (from the last of Purcell’s birthday odes for Queen Mary, Come ye Sons of Art) they matched each other, and their fellow
instrumentalists, for unassuming and assured virtuosity.

The singers’ appeal for trumpets is not answered until later in the ode,
and in this recital the singers were partnered by two recorders, played
with grace and facility by Rebecca Miles and Ian Wilson, and a continuo
group of harpsichord or chamber organ (King), bass viol (Reiko Ichise) and
theorbo (Lynda Sayce). As one would expect from such experienced and
accomplished musicians, the accompaniments were unfailingly stylish and
discerning (though at times, from my seat at the rear of the Hall, I found
the organ a little too loud).

Miles and Wilson worked hard to charm and inspire “Wanton heat and loose
desire” in ‘In vain the am’rous flute’ (from Purcell’s ode for St Cecilia’s
Day) and strongly defined bass and theorbo parts enhanced the vocal
tenderness in the theatre ayre ‘No, resistance is but vain’. In the latter,
the voices wound around each other lithely and sweetly, but I missed the
quasi-operatic drama of the song in which the lover scolds the reluctant
beloved whose resistance proves futile when assailed by the ‘tyrant’, Love.
Another theatre song, ‘Sing, sing ye druids’, proved one of the highpoints
of the evening, the prefatory instrumental ritornello invigored by agile
bass viol playing, complemented by airy theorbo textures. 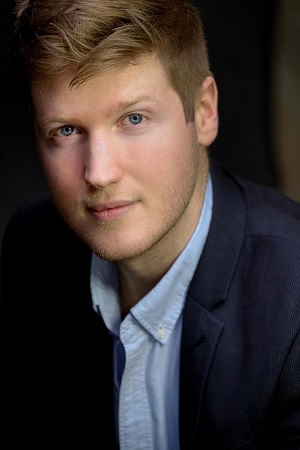 We had a chance to hear the singers in solo items too. Hall displayed a
clean, fresh tone in a song from Dioclesian, ‘Since from my dear
Astrea’s sight’, rising confidently and easily to the melodic peaks, though
he might have made more of the word-painting and rhetoric, finding deeper
emotive resonance in the falling minor sixths of “mourn”, the troubled
quick ascents of “alas” and the winding motif of “weeping”. Davies’ reading
of ‘O Solitude’ was a masterclass in dramatic singing. The contrasting
elements – of register, between simple declamation and searching melisma –
perfectly embodied the song’s paradoxical blend of pain and desire, and
Davies’ appreciation of the expressive architecture of the song –
articulated through the declamatory phrasing and piquant harmonic twists
and false relations – was utterly compelling.

The first half of the concert ended with the intimacy and sombreness of
Purcell’s ode ‘O dive custos Auriacae’, which sets a Latin elegy by Henry
Parker, and this grave mood resumed after the interval, with John Blow’s
setting of Psalm 107, ‘Paratum cor meum’. Hall aptly exploited what one
might term an ‘English cathedral tradition’ style in Pelham Humfrey’s
devotional song, ‘Lord I have sinned’, negotiating the strange harmonic
shifts persuasively and expressively, and drawing touching pathos from the
closing image of the “one drop of balsom” which will suffice to ease the
sinner’s suffering. John Donne’s words made a strong impact in Davies’
rendition of Purcell’s ‘A hymn to God the Father’, the pleas and questions
of the opening stanza driven by the speaker’s conflicting emotions of doubt
and devotion, and this anxiety and turmoil growing in the last stanza where
Davies, pushing forward and phrasing with considerable character, captured
all of the speaker’s fears and, ultimately, faith.

Though Davies communicated strongly in the central, solo episode of Blow’s
‘Ode on the death of Mr Henry Purcell’, the varied elements of this
expansive setting of Dryden’s elegy did not quite come together with
structural cohesiveness and logic. Perhaps so much earnest solemnity had
taken its toll on this listener’s powers of focus. Fortunately, the encore
alleviated the sober mood, ‘Hark how the songsters of the grove’ rebounding
charmingly from the panelled walls of Wigmore Hall.

Henry Purcell – ‘Sound the trumpet’, ‘In vain the am’rous flute’, ‘O
solitude, my sweetest choice’, ‘No, resistance is but vain’, Chaconne from Dioclesian; John Blow – ‘Ah heav’n! what is’t I hear’; Purcell –
‘Sing, sing ye Druids’, ‘Since from my dear Astrea’s sight’, ‘O dive custos
Auriacae domus’ (Ode on the death of Queen Mary), Blow – ‘Paratum cor
meum’, Pelham Humfrey – ‘Lord, I have sinned’, ‘A Hymn to God the Father’,
William Williams – Sonata in imitation of birds, Blow – An Ode on the Death
of Mr Henry Purcell