Following somewhat in the line of

– last year’s premiere for children – Gavin Higgins’s The Wondrous Child, to another libretto by a children’s author,
this time Francesca Simons, seems to me to have a good chance of prospering
not only in that specific role, but also more generally. It is certainly a
successful first opera – from the Linbury, from Higgins, from Simons, and
indeed from the production team and performers, without which any single
effort would likely come to naught. Opera, we were reminded, is above all a
company effort – which should, of course, include the audience too. Let us
hope, then, that plenty of teenagers were among those who were able to
secure tickets before the run sold out; and/or that further tickets will be
released, as often happens in practice.

Many – though perhaps not so many of us on the first night – will doubtless
come to the opera through Simons’s book ‘of the same name’, as Peter Cook
and Dudley Moore might have had it. Not that there is anything of

here; for not only is the plot drawn from Norse mythology, from the myth of
Hel, goddess of the dead; the libretto is distinctly on the Anglo-Saxon and
perhaps even the Norse roots of the English language. Had his English been
better, Wagner might have lauded the lack of Latinism. The immediacy, not
to mention the ‘earthiness’ of some of the vocabulary make particular sense
in a primaeval realm – and will surely appeal to teenagers of all ages in
the audience too. To a certain extent, staging and score work with that,
performances perhaps still more so; they also recall (to us), however,
consciously or otherwise, that we are no more Anglo-Saxons than we are
Norse gods. The false immediacy of which Wagner could occasionally – very
occasionally – prove guilty in theoretical, though never dramatic, writing
stands always in need of puncturing in our modern condition. That is not a
value judgement, simply an observation. 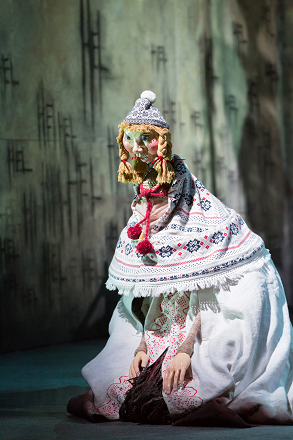 Simons knows that as well as Higgins, as well as by director, Timothy
Sheader and his team. And so, we are reminded by the puppetry in the first
half of the staging, actors and singers lightly detached – this is not The Mask of Orpheus, nor does it try to be! – from their
characters in some cases, as well as by Hel’s narration of that first part,
the later character recounting the deeds of the child-puppet her, that even
in – particularly in – a drama dealing with (supposedly) eternal gods, time
plays a mediating role. Again, Wagner of all musical dramatists could have
told us that – and does. Higgins offers much in the way of readily
associative and memorable leitmotifs in his score, as well as plenty of
‘atmosphere’ and ‘action’, after a fashion that would surely make sense to
teenagers – and others – accustomed to the ways of film scores, without
ever sounding ‘like’ film music. Video and electronic sound help us shift
between locations, for instance from the gods realm in the skies to the
place of Hel’s banishment, from which she will bring about the end of the
gods’ rule.

Leaving aside the (understandable) exaggeration about what opera ‘is’, for
it can be any number of things, one knows what Simons means when she writes
in the programme: ‘It took me a while to understand how different writing a
libretto is to writing a novel. Opera is much more direct: people say what
they think – repeatedly. Opera is so heightened, it really is the perfect
way to express the emotion and epic sweep of myths about gods and giants,
love and hate, as well as a young girl’s journey towards creating her own
life.’ To my mind – and increasingly on reflection – Simons and Higgins
achieve this with great success here. Pacing is different too; the analogy
Simons draws with a picture book – ‘the words need to allow space for the
illustrations’ – is interesting. Again, one senses a true collaboration:
between librettist and composer, of course, but also with the production
team and performers. 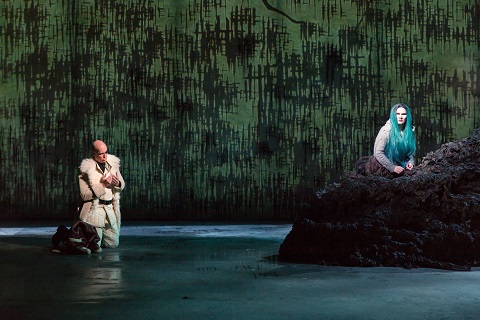 Marta Fontanals-Simmons gave a fine performance as Hel: half goddess, half
corpse. Never sentimental – she does not want mere pity – she involved us
in her plight, her hopes, her decision through sheer force and variety of
vocal personality. Rosie Aldridge and Tom Randle impressed and (not a
little) repelled as her parents: those who cursed her and ultimately the
world by bringing her into it. Lucy Schaufer proved typically compassionate
as the giantess Modgud, keeper of the bridge to Niflheim and the dead.
Odin, king of the gods, received a sharply observed performance from Graeme
Broadbent, taking us plausibly from hauteur to downfall. Dan Shelvey’s
Baldr, as carefree and compassionate in tone as the lovelorn Hel thought
him, offered a performance both delightful and moving. The Aurora Orchestra
under Jessica Cottis could hardly have offered surer advocacy in the pit.