What cannot be denied is that she brought an extraordinary, and riveting,
ability to communicate through her voice – to project drama in a very
compelling way; audiences were fascinated by her artistry and virtuosity.
It was this which the mezzo-soprano, Marianne Crebassa brought in spades to
her performances of the Berio – and, later, Ravel – in this magnificent
concert.

Crebassa does lack the range – and certainly the roughness – of Berberian
but they share a commonality of expression for Berio’s Folk Songs
and it would be hard to imagine a more theatrical outing of them than the
one we got here. Berio originally composed the songs in 1964 for voice,
flute, clarinet, harp, viola, cello and percussion – but orchestrated them
nine years later, though the scale of the instrumentation (although for a
large orchestra) remains unconventionally intimate. They can sound a little
conservative, even harmonically unchallenging for Berio – but vocally they
are complex and difficult, even though idiomatically the folk genre is a
fairly narrow one for the singer. That challenge is magnified by the
multiple languages in which the songs are written, often in native dialects
from Armenia, Azerbaijan, Sicily, Northern Italy and Sardinia. Berio’s
sources – from sheet music, records and oral recollections, or, in the case
of the final song, a transcription by Berberian herself done not knowing
the language at all (and marked as “untranslatable” on the surtitles)
simply convey and reinforce the typical traits of the cultural frame from
which the songs originate – traits which are very often disguised or
sublimated.

Crebassa was completely absorbing throughout the twenty or so minutes these
eleven songs played for. Whether it was from the two opening American songs
– by John Jacob Niles – in which Crebassa brought a kind of Kentucky,
whisky- soaked swell to her voice or ‘Rossignolet du bois’ where a
nightingale serenades a lover (the sound of the nightingale was later to
feature in the closing work on this programme, Pines of Rome,
though no one was entirely sure if it did) the voice was inflected with
colour and drama throughout. Humour abounded too; the allusion to apples
and testicles was wittily done, and clearly not something which passed over
the heads of this audience. Songs about fishermen’s wives waiting at the
dockside, men and marriage – Crebassa sung them with laughs in mind (and
they were duly given in response). These songs rarely seem to be
characterized by a depth of expression – but the aphorisms they express
seem somewhat timeless, nevertheless. “Ballo” may start each of its two
stanzas with frivolity, but Crebassa brought the wisdom of Cassandra to her
prophetic announcement that the wisest of men lose their heads over love,
and still more love resists the sun and ice and everything else. Likewise,
in Canteloube’s Songs of the Auvergne there is the paradox that men who
have no wives wish they had one, and those who have one wish they didn’t.
It was delivered magnificently. That final song, which Berberian had
transcribed, in some ways seems the most difficult – the language almost a
little nonsensical. It barely seems to be sung with punctuation marks at
all – but Crebassa’s breath control was extraordinary. Lines like ‘syora
die limtchÈsti snova, papalm’ came across as poetic but, yes, entirely
meaningless.

From Berio, Crebassa took us back sixty years after the interval to Ravel’s ShÈhÈrazade – a leap in both orchestral style, and vocal
excellence for this mezzo. It has been a very long time since I have heard
such an evocative, beautifully sung performance of this cycle – but also
one which came so close to the evocative, sweeping contours of
Rimsky-Korsakov’s Scheherazade. I think she benefitted from having
the Philharmonia Orchestra – an ensemble so steeped in playing French music
– something that dates back to their history of playing this music with
conductors like Karajan, Cantelli and Giulini – and, most recently,
Sinopoli. That gorgeous warmth of string tone, the languorous – almost
exotically – phrased woodwind, the expressive, but beautifully crafted
tonal blend of brass like a golden shimmer, are hallmarks of this
orchestra’s French playing – and it was amply on display here under
Salonen.

This wasn’t just a faultless performance by Crebassa – it was one which
drew you in from the first note of the opening ‘Asie’ to the very closing
bars of ‘L’indiffÈrent’. The voice could be bittersweet, beguiling, swept
up by an hypnotic charm. ‘Asie’ was never over-voluptuous – just expressive
and sung with a lyricism that felt as sensual as it did erotic. Crebassa’s
gift in ‘Asie’ was to follow the Philharmonia’s intensity and warmth – and
not to try and define her own level of it. This was a performance that felt
entirely symbiotic, almost as if she was an instrument coming from within
the orchestra.

The two shorter songs, which close the cycle, each bring their own
difficulties for a mezzo – but Crebassa was beyond reproach here. The
balance she achieved between sorrow and joy in ‘La fl˚te enchantÈe’ was
made distinctly different, but it was her slight androgyny in the final
song which seemed most brilliantly characterized of all. Deftly done, it’s
either rarely attempted at all – or the ambiguity seems misplaced. Perhaps
there is more of Berberian in Crebassa than one might have assumed after
all. 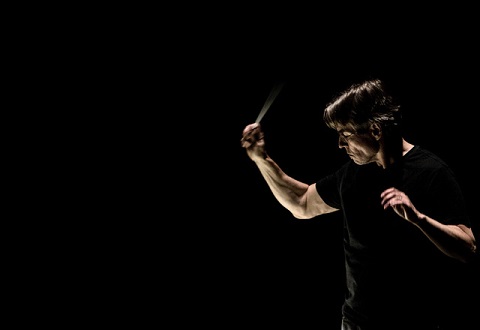 The Philharmonia’s concert had opened with Debussy’s IbÈria from Images. Again, this is repertoire that the orchestra has long
played very well – and this performance was extraordinarily evocative.
Although the work sounds undeniably Spanish in character – in its use of
castanets and violins strumming pizzicato as if they’re guitars, for
example – it’s almost written ‘blind’ in the sense that Debussy never
actually visited Spain having derived much of his inspiration for the piece
from Parisian street life. Nevertheless, it absorbs a Spanish soundscape, a
harmonic foreground in its structure and distinctive melodies that sounds
distinctively persuasive. Salonen ensured the dances felt fleet, and the
phrasing was bristling with energy.

Donatoni’s ESA (In cauda V), a work which Salonen had commissioned
for the Los Angeles Philharmonic, is a piece that almost never happened.
Donatoni died very soon after Salonen commissioned the piece – and he
assumed he would never receive work, but he did, the composer having
dictated from his death-bed the score to some of his students. Salonen in
part compares the genesis of the work to Mozart’s Requiem – though
Salonen describes ESA as being completely different in mood to
Mozart’s piece. In fact, as Salonen mentioned during a brief introduction
before the performance how ESA owes more to Bach, including in its
use of fugues, and how the music just dies away at the end into a descent
into complete silence. This is music that can sometimes sound undeniably
brittle, almost constantly in a state of collapse; but it is also vividly
orchestrated, even a touch witty at times. I’m not sure in the end I agree
with Salonen’s assessment that the work isn’t valedictory – I found it to
inhabit a somewhat dark, almost tenebrous world with large opaque chords –
albeit ones that are sometimes contrasted with moments that scale back from
this. But that sense of the work descending into nothingness, an almost
chilling bone-shredding chordal theme dying out on a harpsichord felt like
a very final, incomplete moment to me. Either way, the performance given by
Salonen and the Philharmonia Orchestra was highly virtuosic, often
jaw-droppingly precise and ultimately highly persuasive.

This concert ended with Respighi’s Pines of Rome – and it was
quite the way to end it. In a sense this was clever programming, because it
kind of tied together some of the themes and ideas which had been heard in
some of the music elsewhere in the concert. The fugal, tenebrous sound
world of Donatoni gets a look in in the starkly, chant-like world of the
‘Pines near the Catacomb’, whilst the nightingales of the Berio songs are
replicated above the astonishing power of Respighi’s Roman army marching
into the city through ‘The Pines of the Appian Way’ (though, as I mentioned
earlier, they were either inaudible – or missed out completely). There are,
it should be said, few things so thrilling in a live concert as the final
movement of this work – and the Philharmonia and Salonen were stunning. It
wasn’t just the stereophonic placing of brass to the sides of the hall, and
high up in the royal box, nor the tremendous timpani, nor even the fact you
could actually hear the triangle, it was the pacing that Salonen brought to
this. There’s something to be said for the sheer excitement of a faster,
more dramatic way to play this music (which Salonen did) – though I have
also heard Svetlanov take a much longer amount of time to get through this
music when the effect sounded so tense it was almost unbearable. Either way
works. The standing ovation, hardly a surprise, was entirely justified.

This concert was recorded by BBC Radio 3 and can be heard on iPlayer until
27th March 2019. I thoroughly recommend it!