Arrigo Boito’s preface to his libretto for Mefistofele attests to
the writer-composer’s own curiosity about the man who renounces a world,
which nevertheless enthrals and ensnares him, as he trives to manipulate
the cosmos and transcend human science and knowledge in search of a higher
truth. Boito’s examples of Faustian figures include Adam, Solomon,
Prometheus, Manfred and Don Quixote, and his own creations – Iago for
Verdi’s Otello, Barnaba for Ponchielli’s La Gioconda, and
Nerone for the opera which he laboured over for four decades but left
unfinished at his death in 1918 – are evidence of his repeated revisiting
of the conception of good and evil.

Opera companies in the UK have been more reluctant to revisit Boito’s own Mefistofele, however. Twenty years have passed since ROH’s 1998
semi-staged performance with Samuel Ramey taking the role of the eponymous
fiend, and ENO’s production the following year in which Alastair Miles
stepped into the devil’s shoes.

What accounts for this reluctance? The opera is intellectually and
musically ambitious in range. Boito attempted to create an operatic
embodiment of Johann Wolfgang von Goethe’s drama in its entirety, rather
than, as Gounod essayed in his more famous version, just a part of the
literary masterpiece. But, Boito’s first efforts met with derision: the
opera in five acts framed by a prologue and epilogue which was premiered in
Milan in 1868 was a failure and Boito subsequently made several revisions
of the work, reducing it to four acts and excising episodes such as a scene
at the Emperor’s court and an orchestral Battle Symphony. The terrain
traversed is still expansive and diverse, however, encompassing a Frankfurt
Square, Faust’s study, the garden of Margherita’s friend Marta, the Brocken
valley in the rugged Harz mountains, a prison cell, the banks of the river
Peneios – even the firmament itself. One imagines that the scene-changes
required in a staged performance might result in an episodic quality.

Then, it’s probably fair to say that Boito’s creative talents were more
literary than musical; indeed, some critics have accused Boito of having
composed ‘a fabulously tasteless score [that] comes at you like a parody of
every operatic clichÈ’. Moreover, a successful production requires four
principal singers of considerable vocal heft and a chorus who can get
negotiate tricky fugal challenges and get their tongues around some Italian
patter. But, there are some glorious musical effects, terrific arias for
the soloists, exciting choral writing and a strong narrative arc. As
Chelsea Opera Group confirmed in this superb concert performance at the
Queen Elizabeth Hall, Mefistofele does not deserve its neglect.

That this was such a compelling account was in large part due to the
sustained dramatic engagement and musical commitment of the entire cast,
who through their superb vocal acting turned the alleged ‘clichÈs’ into tours de force. 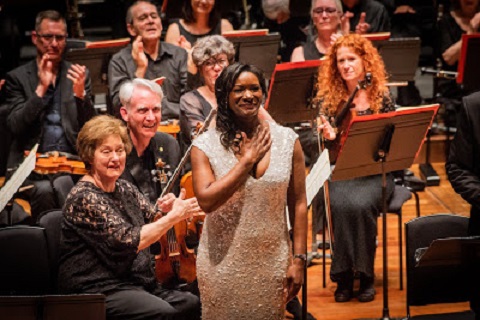 We don’t see enough of soprano Elizabeth Llewellyn on British stages. A few
years ago, she was a familiar face at ENO (where she sang

Mic‰ela
), and at Opera Holland Park (Countess and Fiordiligi). But, apart from a
return to OHP in 2017 to sing Puccini’s

Magda de Civry
, Llewellyn has found herself more frequently treading the boards of
European opera houses – including at Theater Magdeburg and Royal Danish
Opera – and made her US debut last year in Seattle’s


. When I first heard Llewellyn sing, in ENO’s 2010 La boh Ëme, I admired her ‘warm, generous voice [which] easily reached
the rafters of the Coliseum’, and the warmth and generosity of her lyric
spinto have only blossomed more richly during the intervening years. She
commanded the attention of all in the Queen Elizabeth Hall during the Act 3
prison scene, her soprano falling with a slight duskiness and rising with a
rapturous sheen, the projection easy and the phrasing beguiling. If the
drama of ‘L’altra notte’ was well-crafted, in the great love duet,
‘Lontano, lontano’, she spun an exquisite, gentle pianissimo; and, when she
prayed to God for salvation and rejecting Faust, her dying phrases conveyed
every drop of emotional intensity. The spontaneous applause that greeted
‘L’altra notte’ seemed to take Llewellyn a little by surprise, just as she
had astonished those in the Hall with such powerful expressivity – an
expressively which was equally captivating when she assumed the persona of
Helen of Troy in the following Act.

Pablo Bemsch proved an equally impressive Faust. The Argentinian tenor has
a lovely sweet sound, fresh and honest, one that is well-supported and
consistent. The role is a long sing and Bemsch had the necessary stamina,
if not always quite enough heft to top the COG Orchestra and Chorus in the
more extravagant tutti outbursts: perhaps it was sensible not to attempt to
do battle with the masses, but occasionally Bemsch’s middle- and
lower-voice line seemed to slip away – particularly in Act 4 Scene 1 – into
the ensemble texture. That said, this was a Faust with whom one could
readily empathise. Bemsch communicated Faust’s ardour, yearning and
obsessive curiosity, but also his dignity, and there was a strong sense of
the passing of time and his growing distress in old age. This was a
contemplative, at times introspective Faust, and Bemsch made his reveries
‘real’, particularly in ‘Giunto sul passo estremo’ when the older Faust’s
dreams of universal serenity pulsed with elation.

With a dark glint in his eye, an unflinching stare, a mocking sneer
twitching his lip and an authoritative physical poise, Armenian-German bass
Vazgen Gazaryan was a captivating Mefistofele. He had no problem
negotiating the devil’s rather faltering, repetitive melodic lines, firing
the short phrases with power, pace and accuracy. Gazaryan’s firm, focused
tone had a terrific ‘edge’, by turns dismissive and aggressive, and he
demonstrate an assured rhythmic sense. This Mefistofele exuded unabashed
conceit when challenging God in the ‘Prologue in Heaven’ but alongside
brazen defiance, Gazaryan also suggested the fiend’s frustration. This was
commanding dramatic singing, made more gripping by Gazaryan’s consummate
knowledge of the role which he sang entirely off-score. 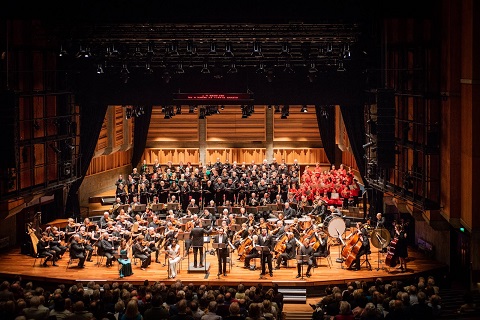 Aaron Godfrey-Mayes displayed a bright tenor as Faust’s pupil Wagner and as
Nereo in Act 4; Angharad Lyddon was similarly appealing as Marta and
Pantalis. The ensembles were persuasively cohesive, and there was plenty of
dramatic communication between the principals.

The COG Chorus were kept busy and proved themselves up to the challenges
that Boito poses. The blazing vigour of the full choral sound was
impressive, though the women were less confident than the men and
occasionally less secure in intonation. There was assured and consistent
playing, too, from the COG Orchestra. The brass and percussion relished the
explosive writing in the Prelude and Epilogue, and woodwind solos and
pairings sang with shapeliness. If the fiddles didn’t quite summon a
luxuriant sheen, then the string tone was well-blended and the ensemble
good, with the inner voices coming through strongly.

Matthew Scott Rogers displayed a good sense of the dramatic shape of the
opera. Tempi were bracing but persuasive: only in the Sabbath episode did
he seem to leave a few of the chorus and orchestra trailing in his wake! He
whipped up musical storms with economical gesture and means. Perhaps a
little more gradation of volume would have been welcome – when it was loud,
it was loud – but overall the performance had a compelling sweep.

Chelsea Opera Group should be congratulated and thanked for showing us that
Boito’s devil has some of the good tunes, but not all of them: there are
copious melodic and dramatic riches in Mefistofele and it would be
good to hear them again in the opera house soon.