In 1720s London, the ‘nightingales’ at war were Italian prima donnas
Francesca Cuzzoni and Faustina Bordoni, represented at this London Handel
Festival concert by Mary Bevan and Mhairi Lawson respectively, and
supported by Christian Curnyn’s Early Opera Company. The performances of
these eighteenth-century queens of the opera stage, at the Royal Academy of
Music, led to mutual international renown. And, it was the story of their
repute and rivalry which actress Lindsay Duncan recounted with telling dry
wit at St John’s Smith Square, through excerpts from letters, diaries and
newspaper reports interweaved between the arias which made the singers’
names in London and abroad.

To summarise the tale, Cuzzoni made her London debut in 1723, as Teofane in
Handel’s Ottone at the King’s Theatre, Haymarket, a performance
which caused a sensation. Many attested to her skill. German
?autist-composer Johann Joachim Quantz appreciated her ‘tender and
touching’ expression and the grace with which she embellished melodies.
Charles Burney recorded that she ‘rendered pathetic whatever she sung’ and
that her ability to control and adjust musical phrases with rubato made her
a ‘complete mistress of her art.’ The Italian castrato Giovanni Mancini
eulogised: ‘This woman possessed all the necessary requisites to be truly
great. … Her high tones were unequalled and perfect; intonation was born
in her. She had an original and inventive mind … and her choice of
embellishments was something new. She left aside the usual and common and
made her singing rare and wonderful.’

After Margherita Durastanti’s retirement, for two years Cuzzoni shared the
London stage with the mezzosoprano castrato Senesino, an unchallenged prima
donna. And, when Faustina Bordoni joined the Royal Academy in
1725, the management must have been delighted that her skills and qualities
would complement those of Cuzzoni. A mezzo-soprano who excelled in rapid
passagework, she was also a fine actress. The feisty roles which Handel
would compose for Faustina were characterised by defiance, even aggression.
One scholar has described the different attributes of the two singers thus:
‘Cuzzoni’s arias were often the pathetic sicilianos that showcased her
expressive, cantabile singing. When in disguise, her characters masqueraded
as shepherdesses, whereas Faustina’s characters disguised themselves only
as men and warriors. The shepherdess had idyllic girlish qualities: she was
innocent, pure, delicate, and coy. She inhabited the pastoral world.
Faustina’s characters might angrily chastise male betrayers, but Cuzzoni’s
only despaired and mourned in response to betrayal’.

Faustina’s reputation preceded her to the English capital. As early as 30 th March 1723, the London Journal reported that ‘as soon as
Cuzzoni’s time is out we are to have another over; for we are assured
Faustina, the finest songstress at Venice, is invited, whose voice, they
say, exceeds what we have already here.’

Quantz gave Burney an account of Faustina’s singing: ‘Faustina had a
mezzo-soprano voice that was less dear than penetrating. […] Her execution
was articulate and brilliant. She had a fluent tongue for pronouncing words
rapidly and distinctly, and a flexible throat for divisions, with so
beautiful a trill that she could put it in motion upon short notice just
when she would. […] She sang adagios with great passion and expression, but
was not equally successful if such deep sorrow were to be impressed on the
hearer as might require dragging, sliding, or notes of syncopation and
tempo rubato.’ Burney himself added that Faustina ‘invented a new kind of
singing by running divisions with a neatness and velocity which astounded
all who heard her. She had the art of sustaining a note longer, in the
opinion of the public, than any other singer, by taking her breath
imperceptibly. Her beats and trills were strong and rapid; her intonation
perfect; and her professional perfections were enhanced by a beautiful
face, a symmetric figure, though of small stature, and a countenance and
gesture on the stage which indicated an entire intelligence of her part.’

The personal rivalry between the singers, stoked by their partisan
supporters, was surely not what the Academy intended or desired, as this
observation by Pier Francesco Tosi, an Italian castrato who taught in
London in the late 1720s, suggests: ‘Their merit is superior to all praise;
for with equal strength, though in different styles, they help to keep up
the tottering profession from immediately falling into ruin. The one is
inimitable for a privileged gift of singing, and enchanting the world with
an astonishing felicity in executing difficulties with a brilliancy, I know
not whether derived from nature or art, which pleases to excess. The
delightful, soothing, cantabile of the other, joined to the sweetness of a
fine voice, a perfect intonation, a strictness of time, and the rarest
productions of genius in her embellishment, are qualifications as peculiar
and uncommon as they are difficult to be imitated. The pathos of the one
and the rapidity of the other are distinctly characteristic. What a
beautiful mixture it would be, if the excellencies of these two angelic
beings could be united in a single individual.’ 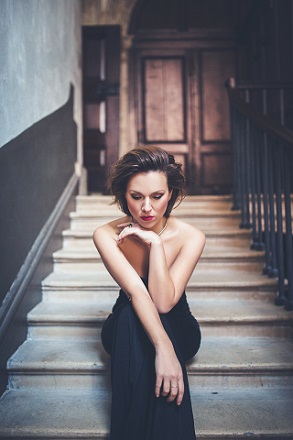 The behaviour of the two operatic queens was far from ‘angelic’, however.
It’s reported that at Cuzzoni’s first rehearsal with Handel she refused to
sing ‘Falsa imagine’ from Ottone, as it had been written
for Durastini; whereupon Handel called her a “veritable devil”, picked her
up and threatened to throw her out of the window. Opposing camps of
influential supporters quickly formed vociferous ranks: on Cuzzoni’s side
were Lady Pembroke and Lady Walpole; leading the Faustina camp were Sir
Robert Walpole, Lady Cowper, Lady Delaware and the Countess of Burlington.
Race-horses were named after them; ‘Cuzzoni’ and ‘Faustina’ ran against
each other at Newmarket. Lord John Hervey wrote: ‘In short, the whole world
is gone mad upon this dispute. No Cuzzonist will go to a tavern with a
Faustinian. And the ladies of one party have scratched those of the other
out of their lists of visits.’

The incident most often cited as evidence of the divas’ cattiness is a
scandalous hair-pulling fist-fight that erupted during a performance of
Bonocini’s Astianatte in 1727. The London Journal
reported restrainedly, on 10 June, that ‘A great disturbance happened at
the opera, occasioned by the partisans of the two celebrated rival ladies,
Cuzzoni and Faustina. The contention at first was only carried on by
hissing on one side and clapping on the other, but proceeded at length to
the melodious use of cat-calls and other accompaniments, which manifested
the zeal and politeness of that illustrious assembly’. Dr John Arbuthnot
was more graphic in his account, The devil to pay at St. James’s:
‘But who would have thought the Infection should reach the Hay-Market, and
inspire two Singing Ladies to pull each other’s coiffs? … It is certainly
an apparent Shame that two such well bred Ladies should call Bitch and
Whore, should scold and fight like any Billingsgate.’

Duncan told an entertaining tale – and I hope that Opera Today
readers will indulge my rather lengthy summary – but the musical
illustration of this historical vocal posing and posturing was less
engaging. This was in no way a reflection on the undoubted talents and
flair of Bevan and Lawson; nor the lively buoyancy of the EOC’s
accompaniment and their spirited rendition of overtures from Handel’sOttone, Alessandro and Admeto, and Porpora’s Polifemo. But, the sequence of arias represented the dying days of
the Academy, and simply did not offer sufficient contrast, character and
inspired creativity to sustain the narrative, no matter how precipitously
Curnyn commenced the musical numbers, sometimes almost interrupting
Duncan’s spoken text.

Bevan and Lawson had the challenge of summoning characters with immediacy
and removed from the dramatic context. When Handel’s music works its magic,
as in ‘Che sento? Se piet‡’ from Giulio Cesare the drama flowed;
here, Bevan’s pianissimo decorative ascents in the da capo were brilliantly
executed, and lyricism and theatre were nicely balanced. The first half of
the programme focused on Alessandro and the eponymous
protagonist’s marital woes, as two wives fought for his love. Lawson’s
account of Rossane’s ‘Lusinghe pi˘ care’ was countered by Bevan’s lilting
rendition of Lisaura’s ‘Che tirannia d’Amor!’, which exploited Cuzzoni’s
trademark siciliana silkiness, and showcased Bevan’s range and poise.
‘Brilla nell’alma’ from the same opera was designed to show off Faustina’s
coloratura pyrotechnics but while Lawson was light, agile and precise,
there was almost too much gracefulness – sparkle but not true fieriness. 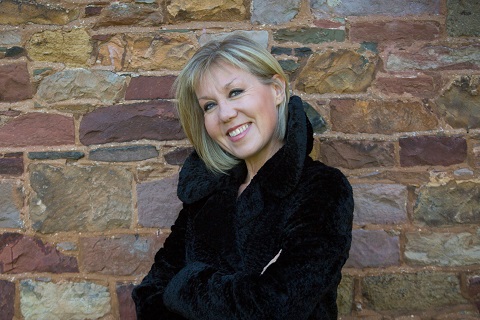 There were other operatic dramas that might have been more vigorously and
viscerally brought to life. In Admeto, the wife and former lover –
Alceste (Faustina) and Antigona (Cuzzoni) respectively – fight over the
dying King Admetus of Thessaly, but here we had only the overture. In Siroe, re di Persia Handel pitted Emira – the daughter of Asbite,
King of Cambaya, and Siroe’s lover (Bordoni) – against Laodice, Cosroe’s
mistress and Arasse’s sister (Cuzzoni) (the plot’s the usual seria
cat’s- cradle), but here we had only one aria, ‘Torrente cresciuto’ in
which Bevan deployed her glossy soprano to full effect and essayed some
coloratura panache in the da capo.

We also had arias from Porpora’s Arianna in Nasso (‘Miseri
sventurati, poveri affetti miei’/Cuzzoni) and Hasse’s Cleofide
(‘Qual tempesta d’affetti … Son qual misera colomba’/Faustina); in the
former Bevan’s intonation and security were impressive as the vocal line
leapt impetuously; in the latter, the EOC Orchestra supplied welcome
dynamism, while Lawson waltzed through the voice-twisters with ease. But,
if we haven’t heard such operas often in the past two three hundred years,
there’s probably good reason. That said, there were plentiful musical
treats, such as the lovely oboe obbligato in Faustina’s ‘Quell’innocente,
afflitto core’ from Riccardo Primo, RË D’Inghilterra.

One couldn’t fault the musicianship and the SJSS audience seemed delighted
to have been beguilingly entertained and educated. But, there was a
distinct lack of diversity and drama, given the theatrical exuberance of
the feted queens whose exploits on and off the stage were here celebrated.