Michael Steinberg’s prognosis, expressed in The Boston Globe in
July 1976, is taking rather longer to be fulfilled than the eminent
classical music critic, writer and lecturer imagined. But, this performance
of Schubert’s Die schˆne M¸llerin by Mark Padmore and
Kristian Bezuidenhout at Wigmore Hall will surely have done much to win
converts to the cause which Steinberg described over 40 years ago as a
‘Fortepiano Revolution’.

Standing at the centre of the Wigmore Hall platform, the grand fortepiano
from the workshop of Christoph Kern (located in Freiburg im Breisgau in the
Upper Rhine plain) was a beautiful sight to behold, its glossy
chestnut-cherry colour wood gleaming with an elegant grain, its graceful
curves evincing a quiet stylishness and assurance.

As Wilhelm M¸ller’s tale of the young miller’s journey – from awakening and
hope through delusion to rejection, despair and death unfolded –
Bezuidenhout revealed the expressive responsibility with which Schubert
endows the fortepiano part in ways that, for this listener at least, were
quite revelatory. The lightness of the sound was coloured by a judiciously
applied sharpness of attack, the clarity animated by such alertness, the
bass line robust but lithe. This was evident from the opening bars of ‘Das
Wandern’, where the low bouncing bass line and the rhythmic articulation of
the rollicking right-hand figuration possessed an unusual airiness,
perfectly capturing the buoyant optimism of the miller as he sets out,
untroubled by desire and delighting in the rushing brook that the piano
ceaseless motion embodies. Similarly, in ‘Wohin?’ Bezuidenhout was able to
achieve a truly hushed pianissimo, the fluttering
right-hand transparent and elegant, the syncopated bass eloquently swaying.
The rapid flickers in ‘Halt!’, as the miller espies the mill among the
alder trees, were gleamingly defined.

If dynamic range is not one of the fortepiano’s strengths, then
Bezuidenhout showed us that the instrument does offer variety, of timbre,
texture and colour. The softest passages were beautifully executed, with
stylish discernment and detail. Moreover, the more rapid decay of the
fortepiano’s tone seemed to become an integral expressive element. For
example, the quaver-chords in the central section of ‘Am Feierabend’ were
not only crystal-clear and light, but were followed by a distinct silence,
the short rest evoking the slowing of the mill-wheel and the young man’s
growing weariness, but also his unsettling self-doubts as he wonders if he
can inspire love in the girl who has bewitched him. Similarly, at the close
of ‘Danksagung an den Bach’, the gentle diminution of the postlude, with
its delicate ornamentation, acquired an intimate, almost confessional,
quality. 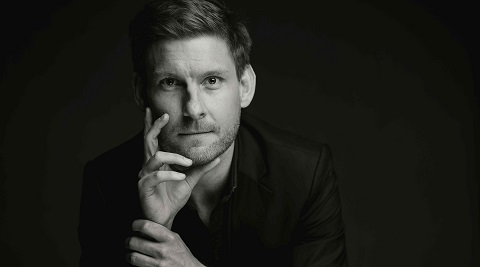 And, it was a quality that Mark Padmore’s communication of the cycle’s
musical narrative wonderfully sculpted and enhanced. Initially, this miller
was perhaps not quite the carefree adventurer of M¸ller’s opening poems.
Rather, his purposefulness already seemed tempered by a proclivity for
dreamy detachment, but Padmore’s relaxed, beautifully enunciated
presentation of the text had the effect of entrancingly drawing the
listener into the miller’s psyche. In ‘Danksagung an den Buch’ the tenor
seemed to distinguish the words spoken aloud, to us, and those that are
heard only within his own mind, and the major/minor alternation was
movingly expressive. The floating tenderness of the girl’s sweet ‘good
night’, which the miller dreams into being at the close of ‘Am Feierabend’,
effected a shift in the expressive temperature in the following ‘Der
Neugierige’, the vocal fluency and prevailing ‘simplicity’ suggesting a
growing self-delusion which blossomed in the following ‘Ungeduld’ in
intense assertions of devotion: “Dein is mein Herz, und soll es ewig
bleiben.” (My heart is yours, and shall be forever!)

The uneasy balance of confidence and anxiety dissolved, however, towards
the close of ‘Des M¸llers Blumen’ where the spaciousness of the
fortepiano’s compound rhythms and the delicacy of Padmore’s pianissimo intimated the ‘rain of tears’ to come, in
‘Tr‰nenregen’. Here, again, the move to the minor key in the closing verse,
allied with a carefully crafted dynamic rise and retreat, powerfully
communicated the miller’s piercing yearning. Such longing was transformed
into the ebullient confidence of ‘Mein!’, and the tender ecstasy of ‘Pause’
in which Padmore’s sweet head-voice seemed to embody the transfiguring
beauty of the miller’s lute itself, as the breeze brushes gently across its
strings, and also the fragility of the miller’s illusions.

The latter were shattered with the arrival of the hunter. The miller was by
turns defiant and despairing, his defeat by his romantic rival confirmed by
the quasi-reluctance of the fortepiano’s staccato progressions in ‘Die
leibe Farbe’ and Padmore’s ghostly, dissolving lament: “Die Heide, die
heiss ich die Liebesnot,/ Mein Schatz hat’s Jagen so gern.” (I call the
heath Love’s Anguish, my love’s so fond of hunting.) The ‘world beyond’
took an ever more inescapable hold. The dynamic alternations and Padmore’s
subtle verbal nuances in ‘Die bˆse Farbe’ revealed the miller’s fragile
grip on the real, while the fortepiano’s delicate pianissimo
quavers at the start of ‘Trockne Blumen’ seemed to come from ‘elsewhere’.
The exquisite gentleness of the vocal line in the latter made the sudden
forcefulness of the close – again, a telling shift from minor to major key
in the penultimate verse – all the more troubling.

One remembers that it was in 1823 that Schubert contracted syphilis, and
that it was during his hospital stay that year that he composed parts of Die schˆne M¸llerin. The despair that he expressed in a letter to
a friend, Leopold Kupelwieser, in March 1824 was poignantly evident in
Padmore’s performance: ‘I feel myself to be the most unhappy and wretched
creature in the world. Imagine a man whose health will never be right
again, and who in sheer despair over this ever makes things worse and
worse, instead of better; imagine a man, I say, whose most brilliant hopes
have perished, to whom the happiness of love and friendship have nothing to
offer but pain […] “My peace is gone, my heart is sore, I shall find it
never and nevermore” I may well sing now, for each night, on retiring to
bed, I hope I may not wake again …’

But, Padmore’s lament for what is lost was lifted by the miller’s
acceptance of his mortality and by the brook’s promise of renewal and
eternity: “Rest well, rest well! Close your eyes! Weary wanderer, you are
home.” Despite the melody’s twists of pain, the conversation between the
miller and the brook had a compelling fluency that spoke of the miller’s
undeniable fate. For the final song, ‘Des Baches Wiegenlied’, Padmore moved
to the side of the stage, the emptiness at the centre confirming the
miller’s death, the brook’s lullaby ethereal, beatific, calling from
beyond, ever more distant until a slight warming – “Schlaf’ aus deine
Freude, schlaf’ aus dein Leid!” (Rest from your joy, rest from your
sorrow!”) – confirmed the miller’s peaceful union with nature.

Steinberg’s 1976 article with which this review began was a profile of the
American fortepianist and scholar Malcolm Bilson, who has been one of the
principal evangelists for the renaissance of the instrument. Bilson has
remarked, ‘Perhaps it is wrong to put the instrument before the artist, but
I have begun to feel that it must be done’. Well, perhaps. But this recital
at Wigmore Hall was the occasion of a remarkable unity between the
musicians and their respective instruments, an integration of sound and
sense which I feel privileged to have experienced.