Such was the ‘best New Year resolution’ that birth control advocate and
sex-advice writer Dr Marie Carmichael Stopes (1880-1958) ever made,
according to archival material from the Wellcome Collection. Stopes’ words
form the closing lines of Alex Mills’ chamber opera, Dear Marie Stopes, which was presented at Kings Place this
weekend, following the premiere in August 2018 in the Reading Library of
the Wellcome Collection, as part of that year’s TÍte ‡ TÍte
festival.

In December 1929, advertisements appeared in several British journals
announcing the publication of

Mother England: A Contemporary History Self-Written by Those Who Have
No Historians

. This collection comprised almost 200 letters from working-class mothers,
each one beginning, “Dear Dr Stopes”. In highlighting the desperation of
the poor for “some advice how to prevent any more little ones coming”,
Stopes inextricably linked the alleviation of poverty with the need for
birth control, presenting her book as ‘a true history of the common people
[that] has never yet been written’.

H.G. Wells called it ‘a most striking and useful book’, while Arnold
Bennett found it ‘rather awful – in the right sense’. Not everyone was
positive: the Secretary for the Society of Authors, St John Ervine,
complained: ‘Marie Stopes is a bloody nuisance. She worries the life and
soul out of me about Birth Control … and seems to have nothing to do but
bounce about the earth, shoving her nose into what doesn’t concern her. Too
much energy and not enough sense.’ Indeed, Stopes herself said that

Married Love: A New Contribution to the Solution of Sex Difficulties

, the guide to sex and marriage that she had published in March 1918, had
‘crashed into English society like a bomb shell’.

house thousands of the private letters that members of the public, male and
female, wrote to Stopes following the publication of that landmark book,
which not only sought to educate about sexual desire, health and
contraception, but also espoused gender equality. Mills’ librettist,
Jennifer Thorp, has selected extracts from these moving personal accounts,
and from Stopes’ replies, and woven them into a sequence of vignettes which
reveals the range of contrasting emotional, ethical and ideological
opinions prevalent during the 1920s. 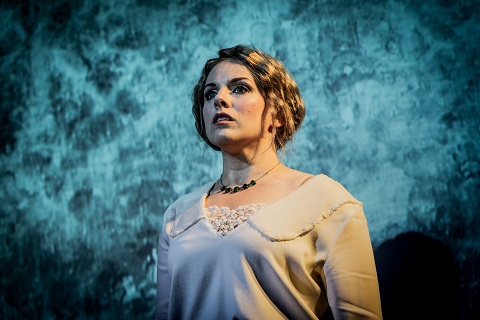 Reading and hearing these very private testimonies in the small Hall Two at
Kings Place was a poignant, at times heartrending, experience, though I did
wonder whether sung dramatization of these painful accounts is the most
appropriate form of presentation. The words on the page speak for
themselves, the simple questions and pleas imbued with an essential
eloquence and truth. Mills’ musical setting is certainly sensitive to the
text. At times the correspondents’ words are spoken rather than sung, and
some recorded voices are interpolated (and projected), enhancing both the
sense of historical authenticity and our appreciation of the impact and
reach of Stopes’ work. Occasionally, the singers employ a quasi-monotonal
declamation while the recitative-arioso style of the vocal melodies
respects the natural syntax, with some Britten-esque gestures. The
accompaniment – for cello (Clare O’Connell), viola da gamba (Liam Byrne)
and percussion (Calum Huggan), with occasional electronic additions – is
atmospheric but discreet, the two stringed instruments creating interesting
textures, both gentle and tense, the percussion enhancing the moments of
emotional intensity. The resulting score is quite cinematic in effect,
showing the influence, I thought, of John Tavener.

The personal confessions and appeals were deeply affecting, sometimes
disturbing. There is the woman who has had 14 children, 9 of whom survive,
and who is desperate to avoid the further pregnancy which her doctor has
told her will probably kill her. And, the man who fears his sexual
dysfunction will forever prevent him showing his “girl” the depth of his
love. And, the young girl who despairs that the sexual disease she has
contracted will deny her the opportunity to become a mother. 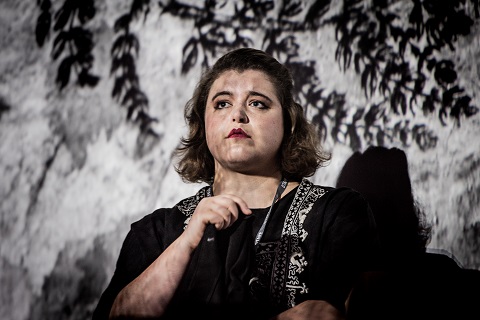 For all the merits of the music and the cast, though, there were moments
where I found the emotional ‘temperature’ a little uncomfortable – that the
individual private experiences were not best served by musical setting and
dramatic presentation. It is hard, for example, to find an appropriate way
to set lines such as those uttered by a young woman who, when helping her
injured fiancÈ to remove his clothes “couldn’t help but see … His sex
organs were very large”. There were discernible chuckles in Hall Two … and
when such an exclamation develops into a duet for soprano and contralto in
which the traumatised cries, “Oh God”, climb higher and higher, ever more
hysterically ecstatic, there’s a danger of ‘that scene’ from When Harry Met Sally coming to mind.

More seriously, the libretto presents the counterviews of those who see
Stopes’ work as “not only unwholesome but harmful” and who declare that
“No-one will be the better for reading it”, but such opinions, rather than
simply being representative of the broader social context, often come
across as morally self-righteous and censoriously bigoted. The cast were
wearing Thirties’ period costume, but at times such genuine outbursts
seemed less historically informative and rather reminiscent of Britten’s
Lady Billows with her sanctimonious advocacy of celibacy and celebration of
‘innocence’. 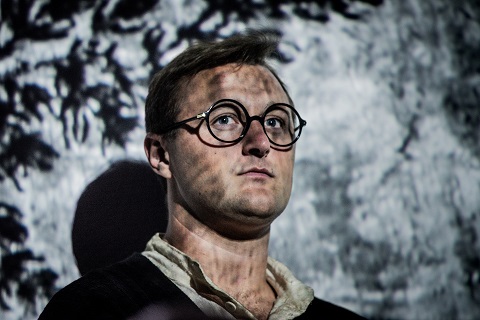 Also, I wasn’t sure about the judiciousness of assigning a countertenor to
sing Stopes’ own words. Certainly, the decision lends a ‘neutrality’ that
might be welcome but, while Mostyn-Williams has a rounded and focused
voice, when he was asked to expound Stopes’ philosophical and political
ethics – “Women’s political freedom is well worth the struggle … Without
control over her own motherhood, no married woman can have bodily freedom”
– the high-pitched, forte, unvarying vocal line inevitably sounded
a little hooty at times.

The constituent parts have obvious and considerable potential, but it was
Nina Brazier’s clear-sighted direction which brought them together into a
coherent and convincing whole. The musicians were seated on the intimate
Hall Two stage, from which a short walkway extended into the audience,
bringing the latter close to the singers who at times circled the Hall.
Assorted box files were piled on the stage and on a single desk at the end
of the causeway. Three present-day archivists tentatively donned protective
gloves and began to leaf through the historical documents, so troubled and
affected by what they discovered that the fragile papers, with their
hand-written appeals in fading ink, fell like feathers to the floor.
Absorbed and overcome by the letters’ content, the archivists gave voice to
the past, bringing the correspondents to life and transporting us back in
time, making tangible the real and often raw human experiences. The
sequence of vignettes unfolded naturally over 45 mins, as the characters’
stories interweaved with Stopes’ replies, and with aspects of her own life.

In fact, in seeking to do justice to the broader picture, Thorp’s libretto
packs in rather more than it has time to explore in satisfactory depth. We
learn, in one of the most affecting episodes, of Stopes’ own miscarriage.
Similarly, her interest in eugenics is touched upon. Such brief glimpses of
the wider context are very interesting, but only raise further questions.
Stopes’ passionate promotion of birth control grew in part out of her
concern with eugenics and had a specific ideological purpose. For example,
in her 1923 book Contraception, she wrote that it was only when
contraception was widely used by “diseased persons” could birth control
become “the great preventive measure to arrest the spread of disease and
degeneracy throughout the nation”; moreover, Stopes tried to translate her
ideology into practical outcomes, founding in 1921 her first birth control
centre, the ‘Mothers’ Clinic’ in Holloway, with the aim of protecting the
health of women and controlling ‘racial purity’.

Dear Marie Stopes
cannot, of course, explore all of the arguments and counter-arguments
exhaustively. But, Mills’ chamber opera does reveal the complexity of human
experience and relationships which, in this performance at Kings Place,
Brazier’s sensitive handling of the material communicated directly.