In his eighteenth sonnet, Shakespeare celebrates the power of his poetry
which, through its own immortality, ensures the posthumous survival of its
muse. This concert at Wigmore Hall – the culmination of the Hall’s weekend
Beethoven Festival – explored the figure of the ‘immortal beloved’ as it
lives on in the work of Beethoven, Mahler, Jan·?ek and Berg.

Immortalising the beloved is indeed one of art’s supreme powers, though it
is often the artist’s own emotions that are foregrounded, the loved one –
distant or departed – remaining ineffable, tinged with an air of unreality.
And, just as Shakespeare’s ‘Fair Youth’ and ‘Dark Lady’ have remained
elusive to scholars, so the identity of Beethoven’s ‘Unsterbliche Geliebte’
continues to generate historiographical debate and dispute. Antonie
Brentano, Josephine Brunsvik, Almeria Esterhazy, Bettina Brentano: which
was the woman to whom Beethoven expressed his apparently unrequited
devotion? Or, was that mysterious beloved someone else altogether?

Just as unanswerable is the question, ‘Did the circumstances of Beethoven’s
life affect his music, and if so, in what ways?’ Yet, it is this
relationship between biography and music that we are invited to consider
when we listen to the composer’s 1816 An die ferne Geliebte (To My
Distant Love) which sets six poems by Alois Jeitteles, weaving them into a
continuous musical narrative – the first ‘song-cycle’ of this kind. And, it
was this relationship between art and life which broadcaster and Beethoven
biographer John Suchet emphasised in his engaging introduction to the
evening’s performances.

Baritone Benjamin Appl immersed himself in Jeitteles’ poems, which present
suffering and yearning through natural imagery – the mountains and valleys
that separate the poet-speaker from his loved one; the winds, clouds and
brooks he envies as they wend their way towards the object of his desire;
the nest-making swallows whose peaceful togetherness he covets. As well as
effectively drawing out Beethoven’s gentle word-painting, Appl and pianist
Kristian Bezuidenhout effectively built the continuous thirteen minutes of
music towards the Romantic heights of the final song.

There was nothing melodramatic about Appl’s performance, though; he
communicated directly, without undue mannerism, his sweet, walnut baritone
infused with a lovely smooth grain. This was an unwaveringly elegant
performance, and occasionally I wished for a little more rhythmic ‘drama’.
For example, a slight rubato in the penultimate verse of the first
song was finely judged, emphasising the poet-speaker’s distress (“Singen
will ich, Lieder singen,/ Die dir klagen meine Pein!”), but the subsequent accelerando that Beethoven indicates was rather mild: surely
Beethoven, in urgently pushing the music towards Allegro not only
evokes but embodies a brief blooming of rapture, as the
protagonist sings of song’s own transfiguring powers which “put to flight
all space and all time”?

Appl crafted a lovely floating line at the start of ‘Wo die Berge so blau’
(Where the blue mountains), though occasionally the intonation did not feel
entirely settled, and the duo negotiated the song’s temporal twists and
turns fluently, finding passionate warmth in the closing crescendo
. Bezuidenhout’s linking episodes shaped the unfolding moods convincingly.
The circling arpeggios at the start of ‘Leichte Segler in den Hˆhen’, for
example, captured the movement of the clouds sailing high above, their
lightness suggested too by Appl’s graceful staccatos. ‘Diese
Wolken in den Hˆhen’ (These clouds on high) was bright and buoyant, with
deft piano ornaments and a vocal line with a firm rhythmic spring in its
step.

Towards the close of ‘Es kehret der Maien’ (May returns), the
poet-speaker’s optimism wanes, however, and Appl made effective use of a
gentle head voice with the return of the text of the opening, pensively
slowing into the final song, ‘Nimm sie hin den, diese Lieder’ (Accept,
then, these songs’). Music’s power to transcend time and space is not,
after all, eternal. Appl shaped the resigned ending beautifully,
diminishing – like the red rays of the evening light which fade behind the
mountains – to a wistful pianissimo, and leaving the protagonist’s
yearning hanging in the air: “Nur der Sehnsucht sich bew¸sst” (… aware only
of longing). 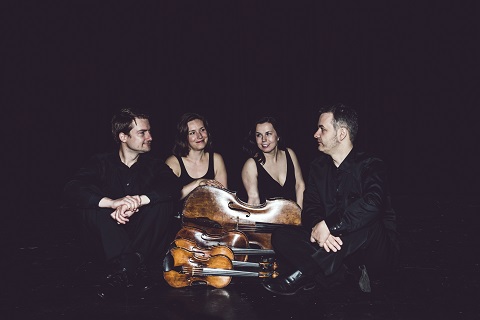 If the object of Beethoven’s affection remains elusive, then there is no
doubting the inspiration of the passion expressed in Jan·?ek’s Second
String Quartet, which was given an astonishingly intense, even visceral,
presentation by the äkampa Quartet. This was playing of striking vivacity
and immediacy: an ‘operatic’ performance which made the elderly composer’s
soul-consuming love for Kamila Stˆsslov· powerfully tangible. The cello’s
opening trill virtually throbbed and was complemented by the upper strings’
rich, warm tone, establishing the ardency that impelled the music ever
onwards. I was struck by the way each voice in the texture had a clearly
defined character and strong individual presence, but without any sense of
‘competition’ between the four voices which blended expertly in
articulating the Romantic drama.

I don’t think I’ve ever heard the viola theme at the start of the second
movement sing so tenderly as it did in Martin Stupka’s rendition or the
high first violin line here and in the following movement sail with such a
powerful combination of strength and sweetness as did Helena Ji?Ìkovsk·’s.
While the tutti sound was gloriously full it was never overly
forceful and there was a lovely transparency to the textures allowing us to
appreciate each singing voice. The pulse of the final movement was
compelling – a heart beating with strong surges of love – and the äkampa
did not push the tempo of this movement too much, allowing space for the
contrasts to register and for the trills and decorations to be carefully
defined. At the end, there was an overwhelming feeling of hope – an
optimism that was absolutely uplifting. A truly wonderful performance. 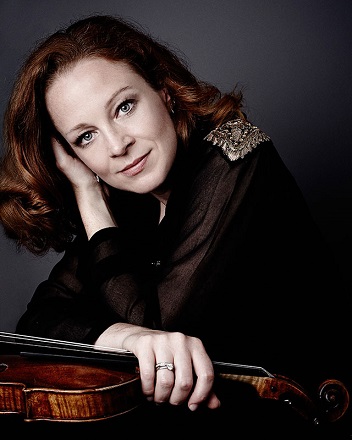 Carolin Widmann’s performance of Berg’s Violin Concerto, which is dedicated
to the memory of Manon Gropius, the daughter of Alma Mahler Werfel and
Werther Gropius, was no less absorbing. Widmann’s immensely powerful and
focused sound conveyed every ounce of the work’s Romantic lyricism, all the
while articulating the structure with assured insight and clarity. Standing
at the centre of the O/Modernt Chamber Orchestra, directly facing the
audience, Widmann communicated with astonishing poise and probing
musicality. Immersed in the musical explorations, at the close of the
cadenza she turned almost fiercely towards ensemble leader/director Hugo
Ticciati, as if to dare him to join her unfolding arguments. There was
gentleness too, though, most especially in the closing Adagio
which faded mesmerisingly into silent stillness, preparing us for the final
item of the programme, the Adagietto from Mahler’s Fifth Symphony
which, led by violinist Priya Mitchell, brought peace and closure to the
evening’s Romantic yearnings.