To date, Met Stars Live in Concert has offered performances by
Jonas Kaufmann (in Polling, Bavaria), RenÈe Fleming (in Washington DC), and
Roberto Alagna and Aleksandra Kurzak (in »ze, France). This weekend, the
fourth of the twelve live concerts was given by Norwegian soprano Lise
Davidsen, accompanied by pianist James Baillieu, in the Oscarshall Palace in
Oslo – the summer home of the King and Queen of Norway, and the venue where
Davidsen performed after winning Norway’s Queen Sonja Competition in 2015,
shortly before she also triumphed in

She began, inevitably, with Wagner: Elisabeth’s ‘Dich, teure Halle’ ( Tannh‰user), an aria which Davidsen explained, “has followed me
since the beginning of my soprano career.” She described how, twelve years
ago, she took some Bach cantatas to her first lesson with a new teacher:
“She looked at me, and she listened, and then she gave me ‘Dich, teure
Halle’ and said, ‘I believe this is where you will be in the future.’ I was
in shock and at that time I’m not even sure that I knew where that aria was
from.”

But, as Davidsen acknowledged, “it turned out she was right”, and it was
with this role that she made her debut at Bayreuth last year. With relaxed,
animated accompaniment from James Baillieu, the Norwegian soprano displayed
the plushness and gleaming shine that we have come to know well during the
past five years, and used her seemingly effortless vocal power to place and
sustain the gentlest of pianissimos while retaining lyrical
fulsomeness. While the vocal peaks were sunny, there was an occasional
tightening of the tone and loss of depth lower down, and it’s quite
understandable that Davidsen may have felt a little tense at the start of
this recital. Elisabeth’s ‘Allm‰cht’ge Jungfrau’ had a wonderful dramatic
intensity and Davidsen’s concentrated vocal power is compelling but
Baillieu was called upon to guide her through an uncharacteristic minor
memory lapse and the intonation wasn’t flawless.

It was a reminder of both the ‘strangeness’ of such recitals communicated
to an unseen audience spread across the globe – Met Stars Live in Concert performances are directed by Gary
Halvorson, the Met’s award-winning director of the company’s Live in HD cinema transmissions, and are broadcast via a control
room New York City where the programme’s host soprano Christine Goerke, is
situated. And, of the strain that singers and musicians have been under
during the past five months, unable to make the music which is their
life-breath, and to share their music-making with colleagues and listeners.
In a short, filmed discussion with Queen Sonja of Norway, Davidsen spoke of
the speed with which her career had taken off following her 2015
competition victories: that turning point was a fairytale. She hoped that,
whereas initially she was “just going along and trying to do the best I
could”, “at this point in my life I can understand what I am doing, where I
am”, words that seemed all the more poignant give the subsequent
distressing disruption of a dream that really had come true. 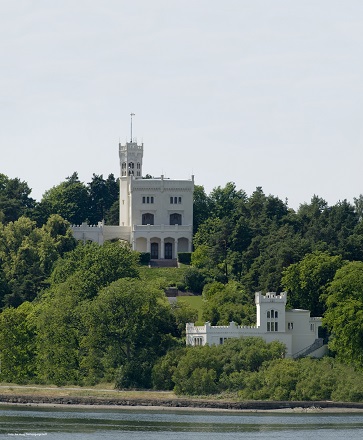 Turning to songs from her native Norway seemed to relax Davidsen. Grieg’s
‘Ved Rondane’ had an easy, gentle lilt, the stanzas unfolding in long, even
breaths, delicately decorated by Baillieu’s countermelodies. ‘En Svane’
began with dulcet calm. Davidsen’s middle range was soft and silken, the
slightest vibrato enrichening gently, hinting at the expansion and growing
urgency of the central section in which the piano’s glistening ripples and
the soprano’s climbing line were sparkling complements. ‘VÂren’ had
assurance and stature, though Baillieu brought it to rest with exquisite
delicacy and consoling warmth. Subsequently there were two songs by
Sibelius. The harp-like strumming of ‘S‰f, s‰f, susa’ established a tender
melancholy and the duo communicated the narrative persuasively, swelling to
dramatic heights in the central account of Ingalill’s tragic fate. The
swirling, densely coloured turbulence of ‘Var det en drˆm’ followed segue. Sibelius described this as ‘my most beautiful song’ when he
presented the manuscript to its dedicatee, the soprano Ida Ekman. Here it
was radiantly romantic and sumptuous.

The repertoire was wide-ranging: perhaps surprisingly so – there are not
many recitals that place Wagner alongside Puccini, Sibelius beside Verdi,
and throw in a Britten a cabaret song and some musical theatre too.
Davidsen turned next to Verdi’s Un ballo in maschera: ‘MorrÚ, ma
prima in grazia’, in which the condemned Amelia pleads with her husband
Renato to let her see her son for one last time before she dies. The sound
might not be very ‘Italianate’, but the power, easy transference of
register and concentrated lyricism which make Davidsen such a wonderful
interpreter of Wagner served her well here, and there was a surprising
fruitiness to her lower range to complement the soaring gleam at the top.
Baillieu offered eloquent drama and support in ‘Sola, perduta, abbandonata’
from Manon Lescaut; again, the sheer size of Davidsen’s truly
dramatic soprano enabled her to convey, with paradoxical ease, the terrible
depth of the ailing Manon’s exhaustion and despair.

In 2018, Davidsen was highly esteemed for her performances in the Festival
d’Aix’s production of Richard Strauss’s Ariadne auf Naxos. After
portentously throbbing piano chords and a burnished vocal plunge, ‘Es gibt
ein Reich’ was increasingly energised by Ariadne’s hopes and anticipation
for fulfilment, denied her in life, in the land of death. Both Baillieu and
Davidsen imbued the aria with a dynamism which strove towards a gleaming
transfiguration. Then came Strauss’s four Op.27 songs, an opus which
Davidsen never gets tired of, she explained: “It captures all aspects of
life in an uncompromising, charming and beautiful way.” The slow tempo of
‘Ruhe, meine Seele!’ enhanced the song’s weight and gravity, before a flood
of passion was released, coursing fervently through ‘C‰cilie’. After the
sensual sumptuousness of ‘Heimliche Aufforderung’, ‘Morgen’ cleansed and
refreshed. Davidsen’s soprano creamily shaped the eloquent vocal lines. Who
could not concur with her? “This song I feel says everything about what I
am hoping for these days – a better tomorrow.” 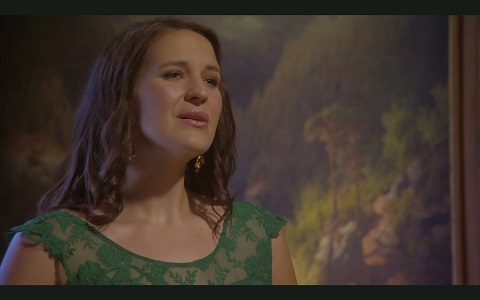 Davidsen explained that she was keen, when asked to devise a programme for
such an occasion, to include diverse voices, and so the duo’s final
sequence presented cabaret, operetta, drawing-room ballad and musical
theatre. Their rendition of Britten’s ‘Johnny’, one of the Four Cabaret Songs which set texts by W.H. Auden designed to evoke
the spirit of 1920s Berlin, was a bit strait-laced; Hedli Anderson, for
whom the songs were composed, reportedly used to perform sitting on the top
of the piano, swinging her gazelle-like legs, and ‘Johnny’ needs to be more
of a riot if its humour is to hit home. ‘Heia, heia, in den Bergen ist mein
Heimatland’ from Emmerich K·lm·n’s Die Cs·rd·sf¸rstin was
certainly exuberant as Baillieu’s strong, agile fingers chased themselves
around the accompaniment’s spinning whirls and Davidsen conjured the wild
party-spirit of a Budapest cafÈ. Landon Ronald’s ‘O lovely night!’ was
bursting with romance and rapture; Ernest Charles’ ‘When I have sung my
songs’ was noble and sincere.

Before the final song, Davidsen invited the audience at home to join in,
using social media, so that after the performance she could see the
audience at home dancing and swaying in their living rooms. “I could have
danced all night,” she rejoiced, luxuriantly. I bet she could have sung all
night too. As Christine Goerke bid us good-night, and invited us to return
in a fortnight for the next concert in the series, by Joyce DiDonato, the
tele-screens behind her showed Davidsen, smiling broadly at Baillieu, sink
gracefully to the floor, hugging herself with what imagines was a mixture
of joy, fulfilment and exhaustion. No doubt Loewe and Lerner expressed her
excitement and happiness perfectly: “Sleep, sleep I couldn’t sleep tonight,
Not for all the jewels in the crown.”


Tickets for each recital are $20 and can be purchased on the Met’s
website at metopera.org; the
performances will be available for on-demand viewing for 12 days
following the live event.

All photos courtesy of The Metropolitan Opera