The label was founded in 1992 by composer and conductor Odaline de la
Martinez. When she’s not bringing rarely heard repertoire to light as a
conductor of groups such as the

All but one of the six composers on this disc were born in the few years
following the Second World War. The exception is Elizabeth Maconchy
(1907-1994), whose Four Shakespeare Songs were first performed by
soprano Noelle Barker and pianist Wilfrid Parry in 1965. Often sung by
tenors – shortly after the first performance tenor Peter Birts performed
them at Cambridge University Music School accompanied by Giles Swayne; and
in Maconchy’s centenary year, Philip Langridge performed them at the BBC
Proms in Cadogan Hall – for this first recording, Welsh baritone Jeremy Huw
Williams is the soloist.

‘Come away, death’ was in fact composed in 1956 and sets a song from Twelfth Night which Duke Orsino requests from the Fool, Feste, to
fuel the misery of his unrequited love. I feel that Williams makes rather
heavy weather of this faux lament in which Feste mocks his
master’s self-indulgent melancholy. The setting is for the most part
syllabic, the false relations do convey the instability of the human heart,
and there are some pounding piano pedals which threaten to drag the
lovelorn heart down to the abyss; but, surely there should be a sense of
wry derision – as when the rising phrases, ‘My part of death’ and ‘My poor
corpse’, climb to their over-emotive peaks, or when the paired notes
setting ‘lover’ and true’ sigh and droop. The acoustic is resonant which
adds to the hyperbolic dramatization. Williams takes great care over the
enunciation of the text, perhaps a little too much so: why does “never find
my grave”, which rhymes with “A thousand thousand sighs to save”, become “gr-ar-ve”? 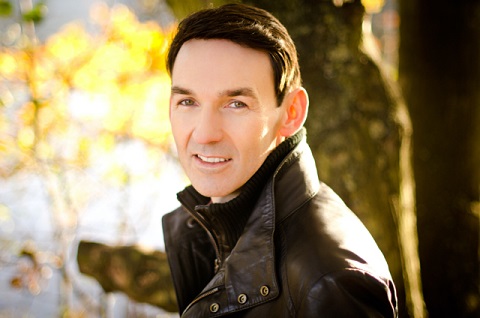 If ‘Come away, death’ needs either ‘more’ or ‘less’, then ‘ Take, O take
those lips away’ – the brief song which a young boy sings to Marianna (in Measure for Measure) as she languishes in isolation and despair, a
victim of Angelo’s callousness and hypocrisy – is more fittingly sombre and
affecting. Pianist Paula Fan exploits the repetitive motifs to create a
sense of anguished emotional stagnation and Huw Williams crafts the
speech-like vocal line painstakingly, moving from a crooning head voice to
a black lower register with smooth facility, though the wavering quiver
which inflects the vocal melody tends to over-emote at times. A cavalier
swagger colours the brief ‘King Stephen’, the drinking song with which Iago
lures Rodrigo to disgrace; the lucidity of the piano accompaniment – high,
sparse, riddled with nervy acciaccaturas – adds significantly to the
discomfort such as might be experienced by a watching audience as Cassio
carelessly throws away his reputation. Best of all is ‘The wind and the
rain’ which would make for a jittery and aptly bittersweet end to Twelfth Night, with its spiky motor rhythms in the sparse
accompaniment, and angular, repetitive vocal line.

As if to emphasise Maconchy’s ‘elder stateswoman’ status, her Shakespeare
settings are followed by The Swan by her daughter, Nicola LeFanu
(b.1947). This scena for baritone was written for Williams and
first performed in June 2017 at the Lower Machen Festival, accompanied by
Fan. It sets a medieval text – alternating English (as translated by Fleur
Adcock) and Latin: the lament of a migrating swan as it faces the dangers
and loneliness of a solo ocean crossing (a metaphor for the soul’s journey
which LeFanu likens to the experience of all migrants seeking a safe refuge
today).

It begins with a blood-curdling chord cluster, from which motifs and
colours gradually find form, above which Williams introduces the narrative
with a spoken line, “Hear me, my children, telling the lamentation of the
winged swan who journeyed across the ocean.” Warm vocal lyricism makes the
tale a compelling one and it is predominantly the piano that communicates
the obstacles and anxieties which the swan must overcome. Williams
persuasively negotiates the chasm between fragile and tender spoken English
and rhetorically demonstrative Latin. The intensity is unwavering and the
performers sustain the emotional and circumstantial drama: only with the
blazing glow of Orion – which roars, rolls and resonates through the piano
– does hope of a haven arrive, and a fresh purposeful enters the vocal
line. There is freshness with the spoken declaration, “Now he exulted
feeling himself flung amid the stars in their high familiar
constellations”, and thenceforth light and vigour are more dominant,
building towards the thrilling, unaccompanied melismatic conclusion,
“Praise and glory to the great King … Regi magno sit Gloria.”

Hilary Tann’s Melangell Variations was also written for Jeremy Huw
Williams (a co-commission with the Welsh Chamber Orchestra). Welsh-born
Tann (b.1947) now lives in the foothills of the Adirondack Mountains in New
York but it was the Shrine Church of Saint Melangell, at Pennant Melangell
in the Berwyn Mountains of her native Wales that inspired the work: during
a visit she purchased The Hare That Hides Within, a set of poems
about St Melangell and was drawn to a set of six poems by the former Welsh
poet laureate, Gwyneth Lewis. The Melangell Variations sets three
of these poems, outlining the ancient history of a female hermit who
sheltered a hare in her robes to save it from the hunters’ hounds. The
oscillating quivers of a string quartet evoke the hare’s trembling heart
and limbs, above which Williams’ firm baritone opens ‘The Story’, as told
by one of the hunting party. When soprano Yunah Lee enters, her pure,
shining “Veni Sancti Spiritus” seems both to well from the rescuing angel
and from more celestial seraphs. Eventually the guardian’s voice winds in
unaccompanied modal counterpoint with Williams’ observations, bringing
predator and protector together in an uneasy, immobile truce – from which
tension soon springs, culminating in a sustained ululating appeal of
enormous vitality and passion, “Melangell, teach me, the hunter you coursed
and caught, where to turn.” 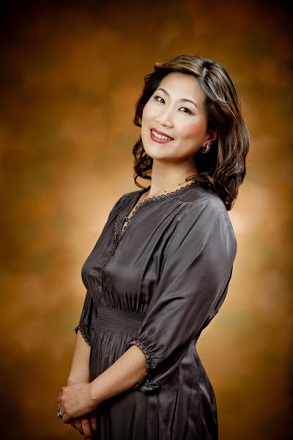 “Breathe in”, “Breathe out” implores Lee in ‘The Silence’, and as Williams
evocatively describes the suspended world – “The sea sighs as she holds
quite still”, “Words fall in a drop from a thorn” – a dry pizzicato
ostinato holds the collective breath, the strings occasionally relaxing
into brief melodic upswells. ‘A Cloud of Witnesses’ raises the emotional
temperature of all the contending voices: Tann has created a musical canvas
of tremendous mythic power and human expansiveness, and it receives an
invigorating, exhilarating performance here.

Eleanor Alberga (b.1949) grew up in Jamaica, later winning a scholarship to
study piano and singing at the Royal Academy of Music in London. The Soul’s Expression weaves together poems by George Eliot, Emily
BrontÎ and Elizabeth Barrett Browning, bound by an intervening quotation
from Adam Bede, “Let evil words die as soon as they’re spoken.”
Williams, who gave the premiere of the work in 2017, appreciates the
melodic lyricism and paints the poetic imagery tenderly, sensitively and
with strongly defined colours. Fan complements the vocal line with
delicacy, eloquence and with drama, particularly in the changeful
interludes between the poems. The setting of George Eliot’s ‘Roses’
receives an especially fresh and verdant rendition. 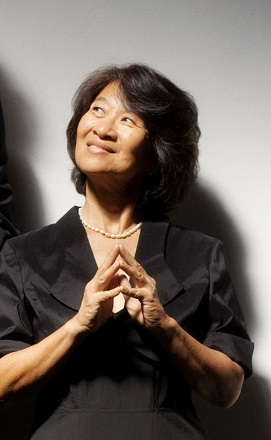 The Girl by The Ocean
by Barbara Jazwinski (b.1950) was composed in 2015 and is dedicated to
Jeremy Huw Williams and Paula Fan. It sets texts by the composer’s
daughter, Maria Jazwinski. Fan evocatively depicts the glistening of
sunset-beam spray, dancing ocean droplets and winking starlight in the long
piano prelude, while Williams’ baritone is first sensuous then energized,
as the poet-speaker is jolted from introspective reflection by the girl’s
“vivid and wild, dancing in the wind.” The vitality sinks once again into
sleepy dreams which then become surreal fantasies and finally awaken into
the safety of morning. This is a lovely composition which powerfully
captures the spirit of the poetry the personality of the elusive but
bewitching protagonist, and which is performed with musical intelligence
and sensitivity.

Also commissioned by Williams, to mark the centenary of Dylan Thomas, If I touched the earth by Cecilia McDowall (b.1951) is the final
female voice we hear, and it is and urgent and animated one. ‘Clown in the
moon’ juxtaposes dreaminess and passion; it is melancholy, sometimes dark,
but not despairing. ‘Being but men’ contrasts the reckless freedom of youth
with the tentativeness which experience lends to adulthood: in this
performance, there’s a thread of restlessness which cannot be quelled.
Williams is forthright and confident in the final song, ‘Here in this
spring’, which celebrates the natural world with blithe buoyancy and
brightness.

In a 1987 essay, Master Musician: an Impregnable Taboo?, Nicola LeFanu asked, ‘If we continue to have a musical culture which
draws on the creative talents of one sex, what kind of a musical
perspective will we have?’ This disc confirms the uplifting breadth of
vision and voice that openness, inclusivity and freedom can bring.