Jean-Paul Scarpitta however wanted to talk about his battles, a situation he has not yet spoken about publicly. As the luncheon meeting progressed the battles, the man and his Mozart trilogy merged into a single philosophy created of quite complex components.
It all starts with composer RenÈ Koering who brought Jean-Paul Scarpitta to Montpellier in 2001 for a small mise en scËne of Saint-SaÍns’ Carnival of the Animals. Koering who had a long standing programming connection with Radio France founded the Festival de Radio France et de Montpellier Languedoc-Roussillon in 1985. Always a forum for rare music and performances, in the first decade of the next century this superb summer festival was especially noted for reviving forgotten operas from the early twentieth century.
In 1990 Koering became the director of the OpÈra Orchestre National de Montpellier (OONM), bringing the ideals of the festival into the daily musical life of Montpellier — a broad program of symphonic and chamber music, original productions of rare and standard opera at ticket prices that encourage filled halls (top prices even in 2014 are but 32 euros for concerts and 65 euros for operas plus there are substantial discounts for subscribers and those under 27 years of age).
Montpellier’s 250,000 residents are part of an urban area that counts 550,000 inhabitants, making it the fourteenth largest metropolitan area in France. Its OpÈra however is one of only five regional companies (with Bordeaux, Nancy, Lyon, and Strasbourg) that are designated as national, denoting a stature more or less akin to the OpÈra National de Paris.
Jean-Paul Scarpitta returned to the festival in 2004 to stage Kod·ly’s singspiel H·ry J‡nos. But with a twist. Scarpitta brought his friend GÈrard Depardieu with him to narrate Kodaly’s tale about a country bumpkin who arrives in Vienna. Scarpitta’s first steps as a metteur en scËne had been back in 1997 for Stravinsky’s A Soldier’s Tale at Paris’ ThÈ‚tre des Champs-…lysÈes with Depardieu as the soldier. I asked how he knew Depardieu. Scarpitta said that he had gone backstage after a performance to introduce himself. Responding to my un-asked question Scarpitta said that you accept your friends as they are.
Conductor Ricardo Muti has been an important force in Scarpitta’s artistic life for the past 20 years. I asked how he came to know the famous maestro. Scarpitta said he introduced himself going backstage after a performance, greatly moved by the music. 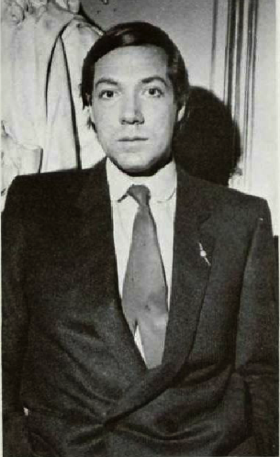 Michael Milenski resides in San Francisco in spring and fall, and in the south of France in winter and summer. His reviews of the Scarpitta Mozart/DaPonte operas are on Opera Today. This essay was compiled from articles in the French press, a lengthy statement by Jean-Paul Scarpitta on the website of the Carlo Bruni-Sarkozy Foundation, general information found on the web, and of course from his conversations with Mr. Scarpitta.