Unlike many traditional song
concerts, Barrett and Blier program concerts with a story arc or theme,
engaging the audience in meaningful music-listening and story synthesis.
Their upcoming concert, simply called Schubert/Beatles, will
feature compositions from both Franz Schubert as well as the Beatles,
illustrating the different ways in which these two musical periods were
very much their very own “smash hits” during their own
respective time periods.

The New York Festival of Song opened their season this past November
10th with From Russia to Riverside Drive: Rachmaninoff
and Friends, a warm, intelligent evening of chamber music
featuring the works of Rachmaninoff but also some of his contemporaries
with jazz leanings, such as George Gershwin and Duke Ellington. Held in
Merkin Hall, artistic director Michael Barrett brought a friendly intimacy
to the evening that made it difficult not to leave the concert smiling.

Featuring soprano Dina Kuznetsova and baritone Shea Owens, the program
began by alternating various Rachmaninoff songs, many of which are rarely
performed and thus all the more pleasurable to hear. Kuznetsova has a
magnetic charisma and ease onstage that allowed her to express the full
range of emotions of each of her songs. Her vocal ability was equally
matched, her voice a lustrously dark timbre. She made great use of dynamic
contrast to illustrate the highs and lows of the music, her voice at its
most thrilling in moments of fuller volume. At times, she erred on the side
of too pianissimo for a voice of her size, causing uncharacteristic breaks
in her tone. However, these moments were fleeting and didn’t distract
from what was an excellent and impassioned performance. 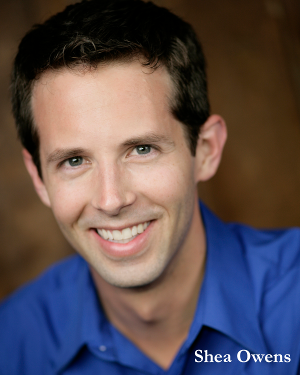 Shea Owens’ interpretations feel slightly academic at times, but
he gains energy as the evening goes on, especially in his more comedic
moments. His vocal quality is stunning, with all the richness of a
well-rounded baritone voice but with a striking brightness that thrills,
particularly in his upper range. The Russian repertoire sits well in his
voice, and he has an easy quality to his vocalization, yet he possesses a
sound that’s not without gravitas and substance.

Barrett and Blier accompany on piano with joy and gusto, appearing to
deeply enjoy their music making with an enthusiasm so genuine it was
impossible not to become absorbed in their warm-toned playing. Blier paused
between songs to give an affectionate and humorous play-by-play of
Rachmaninoff’s personal and compositional history, which deeply
enriched the listening experience. Blier managed to make the evening akin
to a casual evening listening to music in one’s living room with
friends, while never allowing the excellence of the musical quality to
waver.

Dalit Warshaw joined in on several songs on the thereminist, an
instrument Blier explained never quite took off in popularity as expected
in Rachmaninoff’s time. Warshaw plays this fascinating instrument
with tenderness and sensitivity, her precision and focus mesmerizing.

The feeling that the entirety of a cast of artists is enjoying their
craft all at once in concert collaboration seems an increasingly rare
experience in recital attendance. The New York Festival of Song manages to
highlight the joy in this series of rare songs from Rachmaninoff and
beyond, providing an evening of delightful musical excellence and true
artistic pleasure.