After a tepid
beginning, the concert was still very much worthwhile for the deeply moving
vocals of the superlative Groot Omroep Choir in a stunning finale, where
Gatti’s opera skills made for an unforgettable, sublime experience.
Annette Dasch dazzled in her soprano role, while Ms. Cargill equally
impressed.

Mahler’s Second Symphony premiered in Berlin in 1895. In October 1904,
the Austrian conducted his work twice at the Concertgebouw. So whenever the RCO
performs this piece a mythological dimension layers the experience. Tonight
especially so, as Daniele Gatti performed it for the first time here.
Expectations were ambivalent. Though he has great synergy and communicates
intensely conducting, his performances have the tendency to be hit or miss. I
have heard him perform a dreadful Schumann symphony on the same evening with a
mind blowing Berg’s Violin Concerto. His Mahler’s Third and Sixth
left a lot to be desired, but his already legendary performances of
Mahler’s Fifth and Ninth earned him the job. 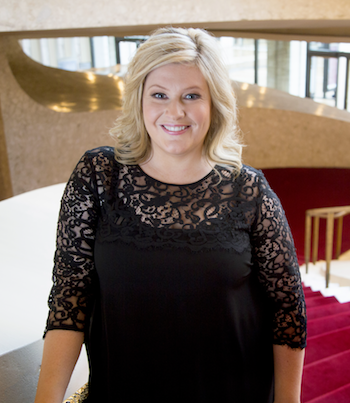 Tonight with Mahler’s epic work, he grew in his role throughout the
performance. With each following movement more sturdy, the music excelled in
quality. Gatti’s fortissimo explode delightfully from the percussion and
brass. His pianissimo passages simmer tensely. However, in between those
extremes Gatti’s Mahler felt flat, even a bit superficial. Mr.
Gatti’s conducting style is too polished, too refined.

With Simon Rattle and the Berliners last year, the rawness of Mahler’s
Second made your skin crawl: those strings burned fiercely giving the music a
serrated edge. Gatti’s finesse is impressive to see, but the music lacks
depth in its resonance. Though I have to admit, Dominic Seldis, headbanging and
riffing with his bass section, offered a pulsating momentum with throbbing
intensity.

The Allegro Maestoso opening in particular suffered from a lack of
intensity. With each reintroduction of the opening, Gatti’s fortissimo
surges provoked plenty of goosebumps, but brilliance lacked in the subtly
shrill moments. As result of the missing ferocity, the Andante moderato
and its delicate “Ländler” dance did not
have the strikingly upbeat contrast and pastoral whimsicality. Mr.
Gatti’s elegant though overly elaborate conducting style again polished
away the Scherzo’s incisiveness.

The transition into the fourth movement missed its disarming effect. When he
conducted this work during his reign of the RCO, Mariss Jansons elevated the
Urlicht (Primeval Light) movement into a heightened state of serenity;
though it seems highly unfair to compare Gatti already to Jansons. Ms
Cargill’s thick, voluptuous vibrato sang the lied from
“Des Knaben Wunderhorn” that always resonates powerfully in the
Concertgebouw. Tonight, almost with religious mysticism.

Concertmaster Vesko Eschkenazy made his violin sing exquisitely moving
during his solo passages, while Vincent Cortvrint’s piccolo solo richly
illuminated. The offstage musicians also added an engaging stereophonic effect
to experience as they relocated off stage and were heard from different
locations.

Annette Dasch stole the show in the finale as she and Cargill offered
intense contrasts to each other. Dasch’s powerful voice has no problem
mastering the tricky vocal acoustics of the hall, and contributed to the
overall sublime finale. Right before the calm of the glorious ending, a
cellphone managed to disrupt ever so briefly. The timing was impeccable, but
thankfully it only rang one time.

Together with the awesome Groot Omroepkoor, Dasch and Cargill enriched the
collective spirit of the finale as they sang the words from Mahler’s
adaptation of the poem Die Auferstehung. It left me with wet eyes and
less skeptical toward the future with the still developing Gatti and the
RCO.