In Vincenzo Grimani’s libretto for Handel’s Agrippina, this
inveterate liar, intriguer and practiced murderess has a single aim – the
usurpation of her husband Claudius’s throne by her son, Nerone. The
Venetian Grimani, a nobleman and cardinal, knew a thing or two about
reaching the top, whether via diplomacy or duplicity: his career culminated
in his appointment as Viceroy of Naples in 1708. Not long afterwards, in
December 1709, his vicious satire depicting ruthless intrigues in ancient
Rome motivated by vengeance and sexual gratification was enticing the
punters at the Teatro Grimani di S. Giovanni Grisostomo in Venice. Agrippina ran for 27 performances, until February 1710: it was the
25-year-old composer’s first operatic triumph.

earlier this summer – ignores the fact that the Handel-Grimani take on
these power-sex conspiracies might be rather more than ‘just comic’, and
strives to turn proceedings into a Roman sit-com, with pairs of loathsome
criss-crossing lovers and colluding connivers coming a cropper. There is,
as always, both irony and pathos in Handel’s score, but Kosky puts his
money on frenetic farce. 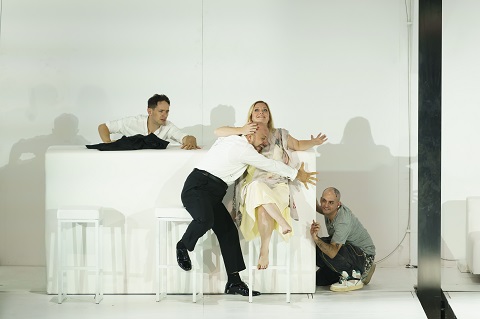 Rebecca Ringst’s steel box-frame design offers plentiful stairways,
corridors, blinds and inner chambers for eavesdroppers to find hideaways
and intriguers to conspire. As the plottings unfold, the box swivels and
dismantles, its moving parts emblematic of the human chess game being
played by Agrippina. It’s no surprise that at the height of the
hugger-muggering – when, at the opening of act 3, a trio of Romans visit
Poppea’s apartments, lured by her panto-esque ploy of hide-and-hear –
Joachim Klein’s eye-burning lighting of the white-on-white interior renders
the audience as blind as the protagonists. Nor, that the Meccano-parts are
reassembled when Agrippina checkmates one and all.

Grimani’s libretto is one of the most psychologically and dramatically
convincing that Handel set, and even though Agrippina has a high
proportion of self-borrowed material (some scholars have suggested that as
many as 50 of the 55 separate numbers have known precursors), Handel’s
score is compelling, inspired by youthful creativity, confidence and
vigour. The recitatives are lengthy but persuasive, often bringing voices
together in ways which drive the drama onwards. In the ROH pit, conductor
Maxim Emelyanychev pushed the pace and challenged the singers to keep up:
the Orchestra of the Age of Enlightenment were impelled by the innate
harmonic energy and a driving and robust bass line. The continuo timbres
were varied and alert, and the oboe players deserved a bonus. 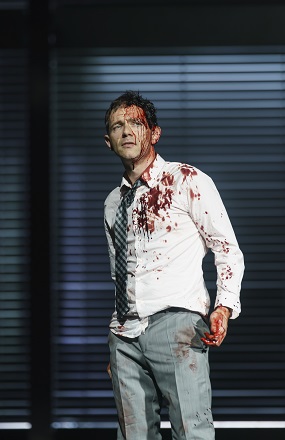 So why, given too that there was some splendid singing to enjoy, did I feel
slightly dissatisfied? I think it’s because Kosky seems not to appreciate
Handelian irony. Grimani provides copious intrigue and irony. Handel
enhances this by composing music which is often at odds with the apparent
sentiments of the text. So, when in Act 1 the words of Agrippina’s ‘Non ho
cor che per amarti’ seem to assure Poppea that Agrippina is her BFF, the
minor key and sinuous melodic lines tell us otherwise. There is no need for
theatrical signposting. Time and again I found myself reflecting on a
Shakespearian parallel: that if Iago does not indeed seem ‘honest’ to the
other characters, then the dramatic credibility is destroyed – whatever
audience collusion is generated by Iago’s play-dominating soliloquies. In
Kosky’s production there is far too much minxing, mincing and
melodramatising. He doesn’t trust Handel to do the work for him.

Fortunately, Kosky has a fine cast to present his petulant playground
antics. Ever a theatrical animal, Joyce DiDonato relishes the extroversion
and exaggeration of Kosky’s conception of Agrippina, which seems to owe
much to American 1980s TV dramas Dynasty and Dallas.
DiDonato pushes her voice hard in Act 1, but doesn’t really delve into the
emotional depths of Act 2’s ‘Pensieri, voi mi tormentate’. With the
follow-spot shining, she wields a diamante-studded microphone with aplomb –
when Agrippina morphs into a Judy Garland clone (why?) – but it’s not until
the closing moments, when she claims that it was love for Claudio that led
her to secure the throne for Nerone, that the musical simplicity and
sincerity of ‘Se vuoi pace’ allows DiDonato – without Kosky’s interference
– to fulfil Handel’s deliciously ironic directness.

As Poppea, Lucy Crowe flounces and flirts hyperactively. If she’s not
‘doing a Marilyn Monroe’ on the steel staircase, then she’s fluttering her
skirts and flashing her knickers – this Poppea’s self-love outweighs her
suitors’ adoration! Not that Crowe doesn’t produce the vocal goods to
justify such adulation: Emelyanychev pushed her rather too fast in ‘Se
giunge un dispetto’ and after some dizzying coloratura the climatic
phrase-peaks rather lost touch with their harmonic roots, but Crowe
demonstrated fine breath control and rhythmic clarity. 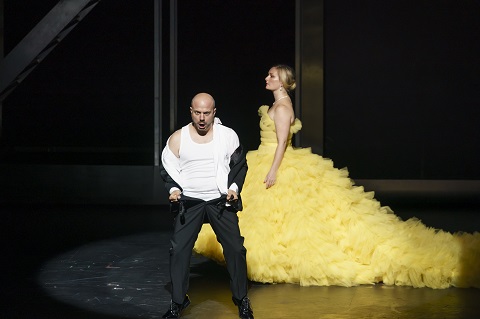 The first-night audience went wild for Franco Fagioli’s tattoo-headed,
eyebrow-studded, hoodie-slouching Nerone. I was less enamoured. Handel
wrote the roles of Nerone and the courtier Narciso for castrates; Fagioli
sings with a nerve-twitchingly wide vibrato and his tone is piercing rather
than ingratiating; he gets around the coloratura but in a rather
mechanical, rather than meaningful, way. I don’t think that this role needs
to be sung by a woman: one can imagine a rich feminine voice, such as that
of Philippe Jaroussky, serving the role well, and offering rather more
complex characterisation than Fagioli’s pouting, wall-pounding,
floor-stamping adolescent. Nerone’s final aria, ‘Come nube che fugge dal
vento’, in which he claims that he has broken the enchantment of his
infatuation for Poppea, did however suggest that Fagioli might have had
more to say than Kosky allowed. 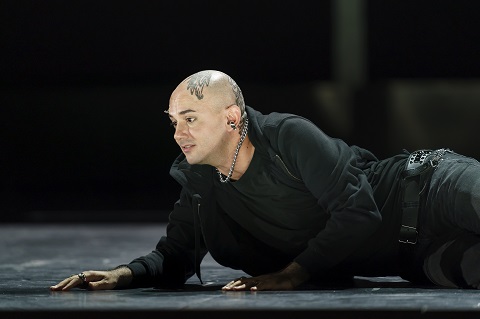 Gianluca Burrato was dramatically convincing as Claudio, prepared to look a
fool with his trousers round his ankles, but his lower register was not
entirely secure or firm. As Agrippina’s would-be suitors Pallante and
Narciso, Andrea Mastroni and Eric Jurenas’s comic antics didn’t make much
of a mark, though there was little to fault with their singing; the same
could be said for JosÈ Coca Loza’s Lesbo, Claudio’s ‘Leporello’.

Iestyn Davies as Ottone was alone in his appreciation of the sincere
characterisation embodied in Handel’s music and text-setting. When he
appeared before the Imperial palace, expectant of glory in acknowledgement
of his heroic deeds, this Ottone seemed genuinely unaware that he
is about to be denounced as a traitor. Having been assaulted violently with
a lead pipe, he delivered the dissonant recitative and expressively
eloquent ‘Voi, che udite’ with a musical precision and psychological
perspicacity which was unique during this evening’s performance.

It was only at the very close of the opera that Kosky approached anything
like this sort of veracity. The director eschews Juno’s divine intervention
and offers instead a slow oboe-led movement from L’Allegro, il Penseroso ed il Moderato. Agrippina retreats to the
steel-box and takes a seat, alone … victorious? Nero is Emperor: she’s won,
hasn’t she? Tantalisingly, in these final moments Kosky shows that he
understands the inherent tragedy that Handel ironically unfolds … the
moment is a bit too late to really make its mark, but it’s welcome. As
today’s politicians are realising, as events unfold, the winner doesn’t
necessarily take all.