Jeanette Winterson’s words, from her 1993 novelWritten on the Body, would make a good epigraph for this year’s Oxford Lieder Festival. In
recent years the Festival has shone a spotlight variously on Schubert’s
entire song oeuvre, ‘Poets and their Songs’, and Gustav Mahler and
fin-de-siËcle Vienna. Last year the Festival undertook a ‘Grand Tour’ – a
European journey in song, which explored cultural influences from Finland
to the south of Spain, from Dublin to Moscow.

Next month, the Festival’s focus will be storytelling. Tales of Beyond – Magic, Myths and Mortals will comprise a
multitude of narratives, mischievous, magical and musical. In fact, one
might argue that all music-making is about telling a story, whether it
takes the form of a song setting a single poem, the development of a drama
in a symphony or opera, or the conversational interplay of chamber music.
Music’s ‘meaning’ may be ultimately ineffable, from ‘beyond’, but there’s
no doubt that it ‘speaks’ to us, communicating the real and the imagined,
directly and ‘magically’.

The 2019 Festival also marks the start of Cheryl Frances-Hoad’s three-year
appointment as Oxford Lieder’s first Associate Composer. “It’s phenomenal,”
says Cheryl, when I meet with her to discuss her new role. “To have the
position for one year would be fantastic, but three years is incredible.”
Cheryl explains how her association with the Festival’s founder and
Artistic Director, Sholto Kynoch, has developed. In 2011, as a member of
the Phoenix Piano Trio, pianist Kynoch and his fellow musicians premiered
Cheryl’s

, which the Trio had commissioned as part of their Beyond Beethoven project. Subsequently they recorded the work on

, a disc of Cheryl’s music for the Champs Hill label. In 2016, Oxford
Lieder commissioned

, a new song-cycle for performance at a concert for children. An Arts
Council grant enabled Cheryl to develop the piece into a participatory work
involving music, poetry and hand shadows, working with singer-pianist
ensemble Songspiel and hand shadowgrapher Drew Colby who have toured The Thought Machine to schools in Peterborough and Cambridge and
will bring it back to this year’s OLF.

As Associate Composer, Cheryl’s music will be heard frequently during the
next three Oxford Lieder Festivals. Each year a new work will be
commissioned. This year, Cheryl’s setting of Baudelaire’s ‘Une Charogne’
will be included in a programme of


performed by contralto Jess Dandy and Sholto Kynoch, while in 2020 a new
20-minute work for soprano and piano will be premiered, with a longer
45-minute composition following in 2021. It’s an ambitious, extended
project for Oxford Lieder. Cheryl suggests that since the Festival was
founded in 2002, a strong relationship between the large, regular audience
and the Festival has developed, in ways that have allowed for increasingly
more adventurous programming. 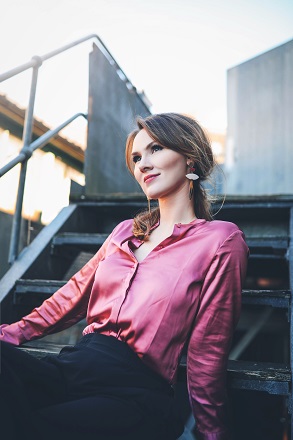 Thus, this year’s Festival will also include new works by other composers.
Mezzo-soprano Kitty Whatley and pianist Simon Lepper will perform Juliana
Hall’s ‘monodrama’ Godiva, which sets a libretto by Caitlin
Vincent, in a programme of

from Stanford to Sondheim. The following evening sees the world premiere of
Martin Suckling’sThe Tuning , a song-cycle setting the poetry of Michael Donaghy, by
mezzo-soprano Marta Fontanals-Simmons and pianist Christopher Glynn, in a
recital which also includes a performance of Schubert’s Die schone M¸llerin by baritone Roderick Williams.

‘Une Charogne’ posed a new challenge for Cheryl as it was the first time
that she had set a French text. She explains that she was grateful for the
help and advice offered by Helen Abbott, Professor of Modern Languages at
Birmingham University, who has a special research interest in
nineteenth-century French poetry and music, and who, during the 2018 OLF
presented a collaborative coaching masterclass day for singer/pianist duos
focusing on French song, especially Verlaine/Debussy.

Helen’s current research project is the

. She helped Cheryl – whose last experience of reading and speaking the
language was during her GCSE French studies! – with Baudelaire’s text,
explaining matters such as pronunciation, how to divide the syllables of a
word and the correct text layout on the score. She also made recordings of
the poem, at both a slow and normal speaking speed. In addition to studying
a translation of the poem, Cheryl also translated each individual word
herself; before she began her musical setting, she could speak the text
fluently. 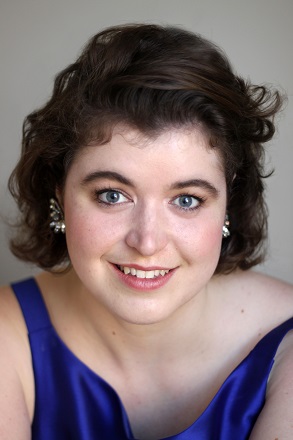 Taken from Baudelaire’s Fleur du mal, ‘Une charogne’ is a
startling, almost Goya-esque, memento mori in words. The eponymous
carcass inspires incongruous images, and as themes of love and life, death
and horror weave together, the beautiful and grotesque collide. Alternating
Alexandrine and octosyllabic lines create a natural ebb-and-flow, and
individual sounds enhance the ‘musicality’ of the poem. But, I ask Cheryl,
how on earth does one go about finding musical imagery to embody phrases
such as, “The blowflies were buzzing round that putrid belly,/ From which
came forth black battalions/ Of maggots, which oozed out like a heavy
liquid” (Les mouches bourdonnaient sure ce ventre putride,/ D’o˘ sortaient
de noirs bataillons/ De larves, qui coulaient comme un Èpais liquide)? A
glance at the score suggests that Cheryl hasn’t been averse to some literal
word-painting at times – there’s a very busy, decorative right-hand line at
the point of the aforementioned image of decay – but her setting seeks to
present the poem’s incongruities in a more holistic way, and to capture
equally the poem’s bizarre humour, ecstatic reveries and its graver
intimations of distortion, dissolution and decay.

A second composition by Cheryl will have its world premiere during the OLF,
though it was not specifically commissioned by the Festival.

, a song-cycle for soprano and string quartet, will be performed in
Oxford’s Museum of Natural History by soprano Carola Darwin and the Gildas
Quartet. In 2000, Cheryl met Carola, who is Charles Darwin’s
great-great-granddaughter, when she took part in a competition run by the
Darwin Centre at the Natural History Museum. “I didn’t win,” Cheryl smiles,
“but I did become friends with Carola” and the idea of a cycle of songs
setting texts about the environment and evolution was borne. 19 years
later, it has come to fruition.

Endless Forms Most Beautiful
takes its title from Charles Darwin’s On the Origin of Species:


There is grandeur in this view of life, with its several powers, having
been originally breathed by the Creator into a few forms or into one;
and that, whilst this planet has gone cycling on according to the fixed
law of gravity, from so simple a beginning endless forms most beautiful
and most wonderful have been, and are being, evolved. 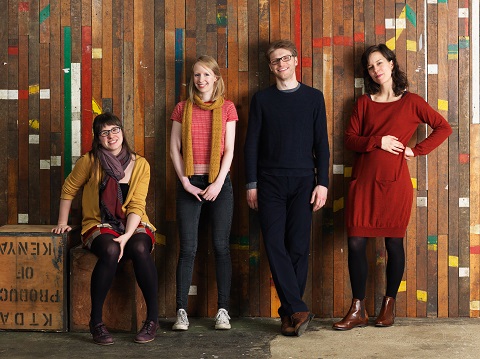 Its seven songs set texts by the 19th-century poet Walter
Deverell (‘The Garden’) and the NHM’s three 2016 Poets-in-Residence: Kelley
Swain (‘To the Paleontologists’, ‘Cetacean Introduction’, ‘Bones’,
‘Thermodynamics of Immortality’), John Barnie (‘Let’s Do It’) and Steven
Matthews (‘Yet With Time’s Cycles Forests Swell’). I ask Cheryl how she
went about selecting the texts. “We chose poems that we liked and that
fitted the theme. At that stage I didn’t pay much attention to potential
issue relating to text-setting, and in fact some of the poems are quite
long and in some places I have cut some text.” Do they present an unfolding
‘narrative’? “Not really, they do all relate to the general theme but could
be performed as individual songs.”

During the next three years, OLF will present all of Cheryl’s existing
songs, as well as selected chamber music, and piano and choral works. Next
month, Jess Dandy and Dylan Perez will performBeowulf, Cheryl’s 2010 setting of extracts from Seamus Heaney’s
translation of the Old English epic. Pianist Ivana Gavri? will
play four of Cheryl’s piano works in a concert including works by Clara
Schumann and Edvard Grieg, and the

will sing Bogoroditse Dyevo which was composed as part of a
project to create six new works, by six different composers, each of which
was inspired by an earlier work, and for which Cheryl drew upon
Rachmaninov’s well-known Vespers.

Cheryl’s works include a Piano Concerto, Cello Concerto, several
large-scale works involving young musicians and much chamber music, but she
has perhaps been most widely acclaimed as a composer of songs and other
vocal works. I ask her if she feels a particular predilection for working
with words, and she admits that she does find that working with a text
makes composition ‘easier’ to some extent. Her oeuvre is extensive, and her
music is frequently performed. However, Cheryl feels that she is reaching a
point in her career where she would like to make some space and time to
reflect on her longer-term plans. “During the last 10 years I’ve enjoyed
being able to compose many works ‘for my friends’, but now I’d like to ask
myself, ‘what do I want to write?’,” she laughs. Might she also
want to expand her canvas? Three choral works will be her immediate
compositional focus but after that … perhaps an opera, and other larger
works? She hints at some forthcoming projects, which will present fresh and
exciting challenges.