Established in 2017, Hurn Court Opera was founded to give performance
opportunities and showcase emerging young soloists at the start of their
professional careers. Achievements so far include critically acclaimed
productions of Die Zauberflˆte and Acis and Galatea, along with two influential competitions that
have produced a wealth of talented singers, some of whom are already making
their mark on the operatic stage.

Si‚n
Dicker (soprano) and Michael Lafferty (baritone), both former prize winners
of the scheme, devised a tour d’horizon of English song, lieder
and operatic excerpts under the banner ‘A Shropshire Lad and a Wiltshire
Lass’, the whole accompanied by rising pianist and conductor Ashley
Beauchamp. Familiar and seldom-performed songs framed an intriguing
cocktail of comic, poignant and whimsical offerings to form a compelling
evening that could have found an equally attentive audience in London’s
Wigmore Hall.

Both singers, already equipped with considerable experience in opera,
oratorio and recital work conveyed admirable poise, intelligent
musicianship and flawless techniques. They also possessed an easy rapport
with the audience in spoken introductions claiming rapt attention while
clearly inhabiting differing musical personalities. This last was most
evident in the two Mozart duets where Si‚n Dicker was a feisty
Pamina and Michael Lafferty an earnest Papageno in ‘Bei M‰nnern’ ( Die Zauberflˆte). It was handsomely sung, as was ‘L‡ ci
darem la mano’ (Don Giovanni), the latter convincing for the
not-so innocent protests of Dicker as Zerlina to Lafferty’s seductive
Giovanni. 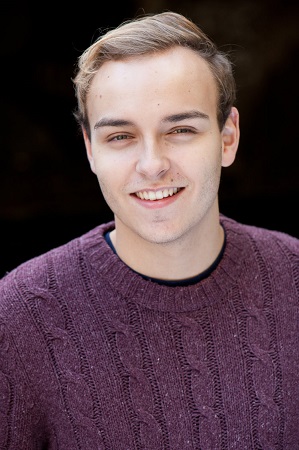 There was no doubt about Dicker’s full throttle engagement, with each song
oozing characterful expression, vividly so in Libby Larsen’s witty
‘Pregnant’, Mendelssohn’s ‘Hexenlied’ and Walton’s jazzy ‘Old Sir Faulk’,
all dashed off with dramatic flair that bodes well for future operatic
projects. She was in her element for Jonathan Dove’s ‘Adelaide’s Wedding’ (The Enchanted Pig) where she managed to combine a haughty grandeur
somewhere between Mozart’s Queen of the Night and Hyacinth Bouquet. The
song could almost have been written for Dicker. But despite ample tones,
gorgeously rich in the middle and fruity at the bottom, I would have liked
to have heard something less ‘produced’ for Lisa Lehman’s whimsical ‘There
are fairies at the bottom of our garden’.

Where Michael Lafferty began warmly yet somewhat diffidently, his
well-upholstered baritone found expressive outlet in songs by Otto Nicolai,
Duparc and Schubert. But it was in George Butterworth’s A Shropshire Lad (the most substantial group of songs in the
programme) where he found his form. There was melting warmth in ‘Loveliest
of trees’, swagger in ‘The lads in their hundreds’ and sepulchral tone for
‘Is my team ploughing?’ Best of all was the wonderfully evocative
‘Sicilienne’ by Giacomo Meyerbeer, sung with demonstrable affection and
involvement.

Throughout the evening, accompanist Ashley Beauchamp was a sensitive
collaborator with a chameleon-like ability to adapt to the numerous musical
styles crowding this generously conceived programme.